75 Dairy Farms Receive a Letter, Now they Face a Crisis 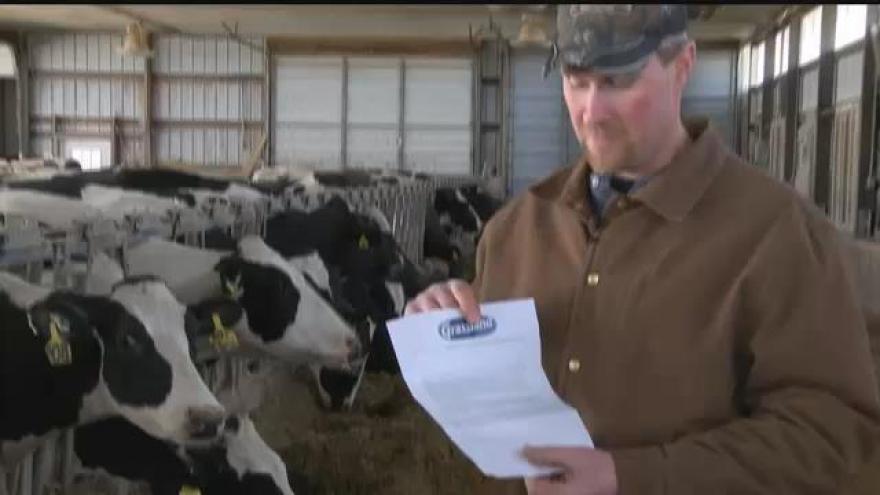 Wisconsin is proud of its status as America's Dairyland, but a simple letter has turned the world upside down for many of Wisconsin's life-long dairy farmers.

The Gartman Dairy farm in Sheboygan has 120 cows and has been around for more than 60 years.

Earlier this week it sent the Gartman Farm and 74 other farms a letter. The letter is giving them less than a month’s notice they need to find someone else to buy their milk.

It's an expected and potentially devastating blow for dozens of Wisconsin farmers.

Officials like Governor Scott Walker and Senators Tammy Baldwin and Ron Johnson have called out Canada for causing this.

Dairy experts agree and say a shift in Canadian trade policy has caused the market for some of Wisconsin's milk to completely collapse.

\"The minute Canada can actually revisit policy, these farmers will have the market again,\" says Jamie Castaneda, the Senior VP of National Milk Producers Federation.

The problem is there is not much time.

Farmers are having trouble finding anyone to commit to buying their milk after May 1 and the worst case scenario could be selling the cow and closing down.

Several of Wisconsin's key legislators say they are working to find a way to fix this problem and Senator Ron Johnson is urging President Trump's administration to quickly work with the Canadian government on this.