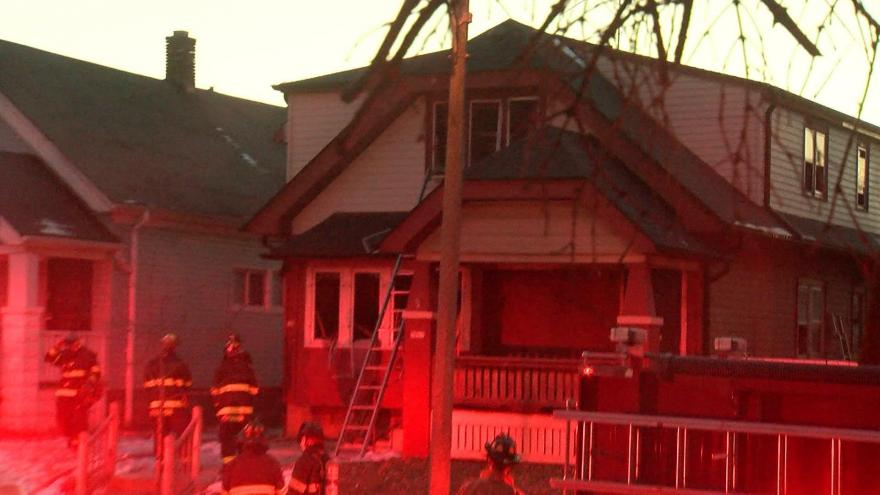 MILWAUKEE - A fire destroyed a home near 25th and Melvina shortly before 5 p.m. Friday evening.

Firefighters arrived at the 2-story wood frame home and were told two occupants were still inside.

One occupant was able to get out of the basement with minor burns. His mother, a 70-year-old woman, was reported to still be inside of the structure. The Milwaukee Fire Department found her in the 1st-floor living room three minutes after their arrival.

They removed her from the home. She was not breathing but did have a weak pulse. Through lifesaving efforts, the MFD was able to regain a pulse and transport her to a local hospital.

The woman did have a pulse and was breathing upon arrival at the hospital, although she was still unconscious. Her condition is currently unknown at this time.

The fire was determined to have started in a 1st-floor bedroom where it then extended to the 2nd floor.

The fire remains under investigation at this time.