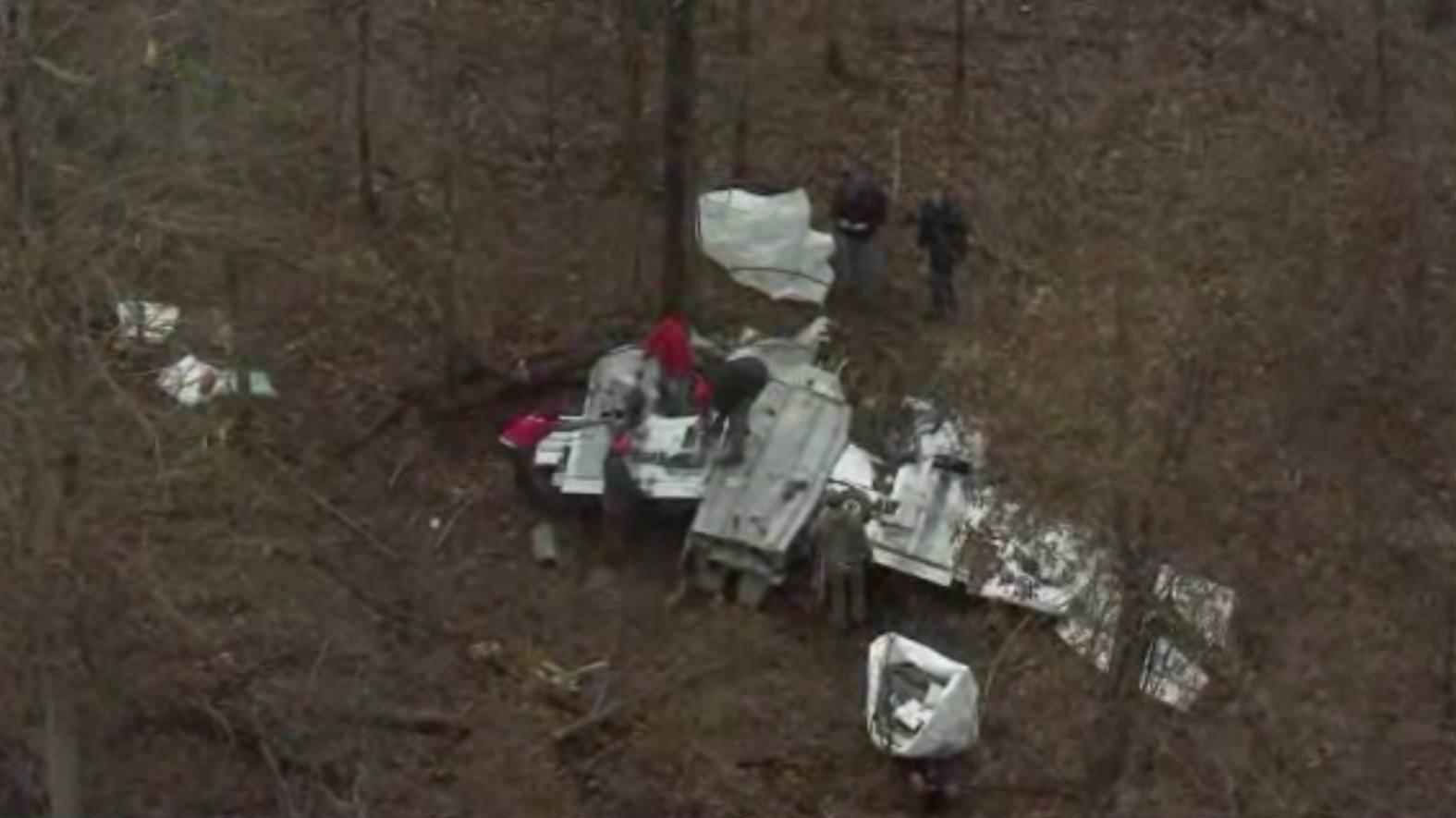 Larry Wilkins opened his door to see a young girl, her lips quivering, her nose bloodied, her arms and legs scratched up.

Her name was Sailor Gutzler and somehow, she was still alive.

\"She told me that her mom and dad were dead,\" Wilkins said. \"And that she had been in a plane crash.\"

The girl's sister and cousin also died when their Piper PA-34 aircraft went down Friday evening in western Kentucky. Even with the plane upside down, the 7-year-old made it out and trekked three-quarters of a mile in the dark through what Wilkins described as \"very, very rough territory,\" mired with fallen trees, creeks, ditches and blackberry briars.

Sailor was barefoot except for one sock and was dressed for Florida -- shorts, no coat -- not for slogging through the January cold of Kentucky. Wilkins got her on his couch and called 911, alerting authorities that a plane had gone down and there was at least one survivor.

Kentucky State Police troopers arrived in about 10 minutes. Sgt. Dean Patterson said the girl was taken to a local hospital with injuries that were not life-threatening.

The plane Sailor was on had left the warm, sunny climes of Key West, Florida, earlier Friday, heading for Mount Vernon, Illinois, a city roughly 80 miles east of St. Louis.

Until something went wrong. Federal Aviation Administration spokeswoman Kathleen Bergen explained that air traffic controllers \"lost contact with a Piper PA-34 aircraft ... shortly after the pilot reported engine problems and (said) that he was diverting to the Kentucky Dam State (Park) Airport.\"

The twin-engine aircraft didn't make it, crashing in Lyon County, about 30 miles east of Paducah, and less than 10 miles from the airport.

Two National Transportation Safety Board members left Washington late Saturday morning for Kentucky, agency spokesman Keith Holloway said. They will join FAA investigators there to try to find out what caused the crash.

Kentucky State Police identified the dead early Saturday as Marty Gutzler, 48; Kimberly Gutzler, 46; and 9-year-old Piper Gutzler -- a husband, wife and their daughter. Also killed was 14-year-old Sierra Wilder, the survivor's cousin. All were from Nashville, Illinois, a community of just over 3,000 people.

Lt. Brent White told CNN affiliate KFVS that first responders \"worked tirelessly to find this wreckage and hopefully salvage the lives of those that were on board.\"

Patterson, with the state police, said that members of the NTSB were expected to arrive later in the day. Inclement weather was hampering the investigation, he said in a statement. \"Officials have indicated a minimum of two days to conduct an investigation at the scene,\" he said.

Marty Gutzler's Facebook page showed photos of his smiling daughters, political posts and his family sitting in a small plane with him at the controls. The latest one is of him and his wife celebrating New Year's Eve at a Key West resort.

The Rev. Matthew Wietfeldt of Nashville's Trinity Lutheran Church said those killed -- whom he's known for four years -- \"will be deeply missed.\"

\"The Gutzlers were a wonderful family and wonderful members of our congregation and community,\" Wietfeldt said.

Kent Plotner, an attorney representing the family, said in a statement, \"The Gutzler family mourns the loss of Marty, Kim and Piper Gutzler and Sierra Wilder. We are devastated by this loss, but are confident that they rest in God's loving arms. We ask that you respect our privacy at this difficult time. Please pray for us, especially for Sailor Gutzler.\"

A fund has been set up \"for the benefit of Sailor Gutzler,\" at sailorgutzlerfund.com, Plotner said.

\"The family thanks you for the heartfelt words of sympathy that have been expressed during this unimaginable loss,\" he added.

Police: 'It's just really a miracle'

How the youngest person on the plane managed to emerge alive also hit close to home for many like Trooper White, who has an 8-year-old girl of his own.

\"When I saw ... what appeared to be a 7-year-old child that had walked through this dense forest and through some really tough terrain and some awfully poor conditions tonight and survived this,\" he said, \"it's just really a miracle.\"

Wilkins says he believes Sailor saw his street lights through the woods and, thankfully, found him -- in one of only three homes in his neighborhood that are occupied in winter. White, the Lyon County executive, said the fact she went that way \"saved her life.\"

\"Any other direction could have ended badly with the cold weather,\" he said.

Thinking about what the 7-year-old went through and what comes next brings tears to Wilkins' eyes, he said.

\"I just feel so sorry for that little girl, I can't understand it,\" Wilkins said. \"I just can't imagine (going through) that, for someone that young.\"