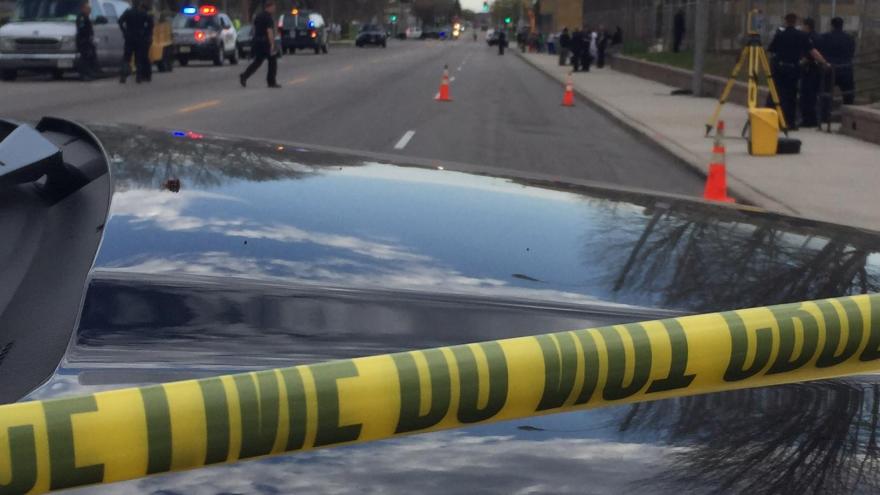 A 62-year-old man is dead after he was struck by a vehicle near 35th and Mitchell on Milwaukee's south-side.

According to police, it happened around 3:30 p.m. in front of Greenfield Bilingual School.

Police say the driver of that vehicle kept going.

\"When he got hit, he got thrown in the air and he smacked onto the floor,\" says Itza Gonzalez. \"[The driver] kept going. That's crazy,\" she said.

There are unconfirmed reports that the man was walking two children across the street when he was struck.

Police closed off 35th Street for a few hours after the crash, interviewing witnesses and taking measurements.

\"It's a tragedy to see someone lose their life, and have two small kids growing up without a father,\" says Jermaine Brown.

A vehicle believed to be involved has been recovered and The Milwaukee Police Department is working to confirm that it is the striking vehicle.

The driver of that vehicle remains on the loose.

\"Who does that,\" says Gonzalez.. \"They should turn themselves in.\"