The sun has been shining in full force the past couple days but now the clouds have arrived. A large and slow moving storm system to our southwest is already bringing mixed precipitation into most of the Central Plains and Upper Midwest. The light snow and wintry mix is slow to arrive in southeast Wisconsin not falling until after 6 p.m. for most and not really starting to accumulate until after midnight. Most of this remains light snow but a touch of freezing drizzle is possible too. 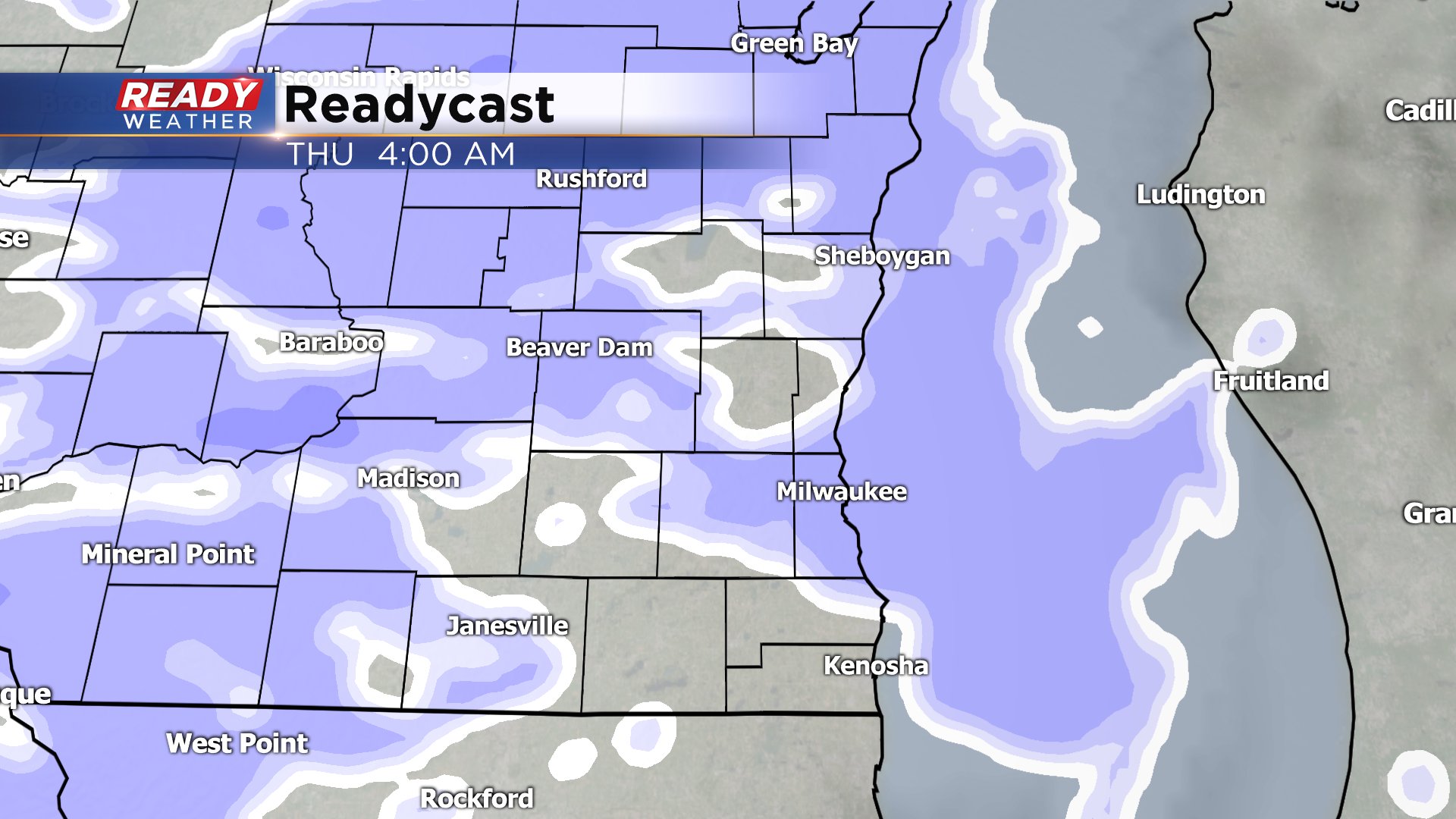 By morning commute time on Thursday morning up to 1.5" of snow will have fallen but snow could still be ongoing so expect a little slower commute. With temperatures just below freezing overnight expect some snow covered roads but as temps warm into the middle and upper 30s during the day most roads just remain wet or slushy. 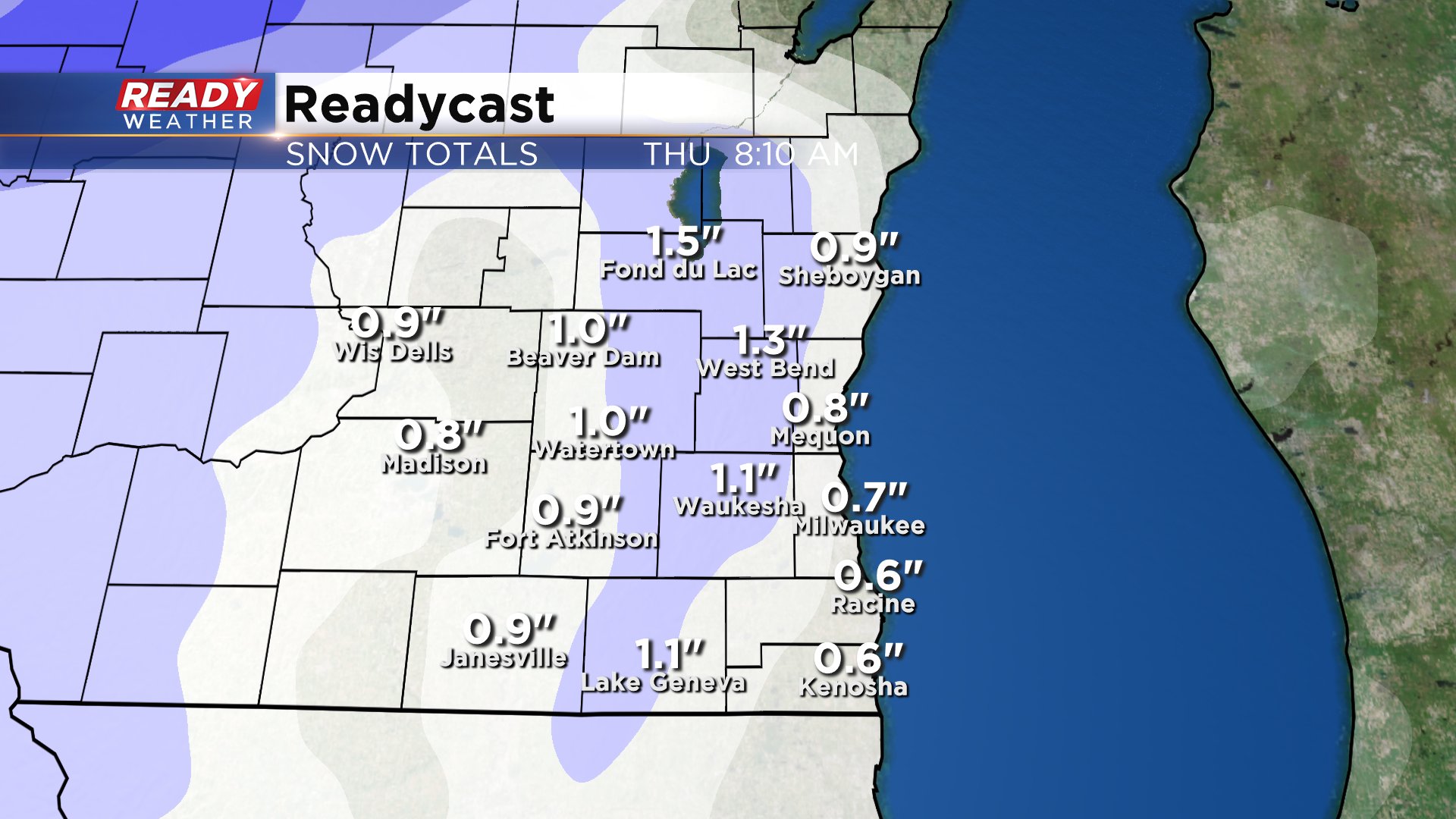 Light snow will fall off and on for most of Thursday and Friday with light rain mixing in at times. Snowfall during the day Thursday could drop another inch with an additional 1-3" falling Thursday night into Saturday morning. By the time the snow all wraps up mid-morning Saturday most spots will have picked up a total of 2-6". Don't let the 6" number scare you since a good chunk of that will have melted and compacted during this long duration event. 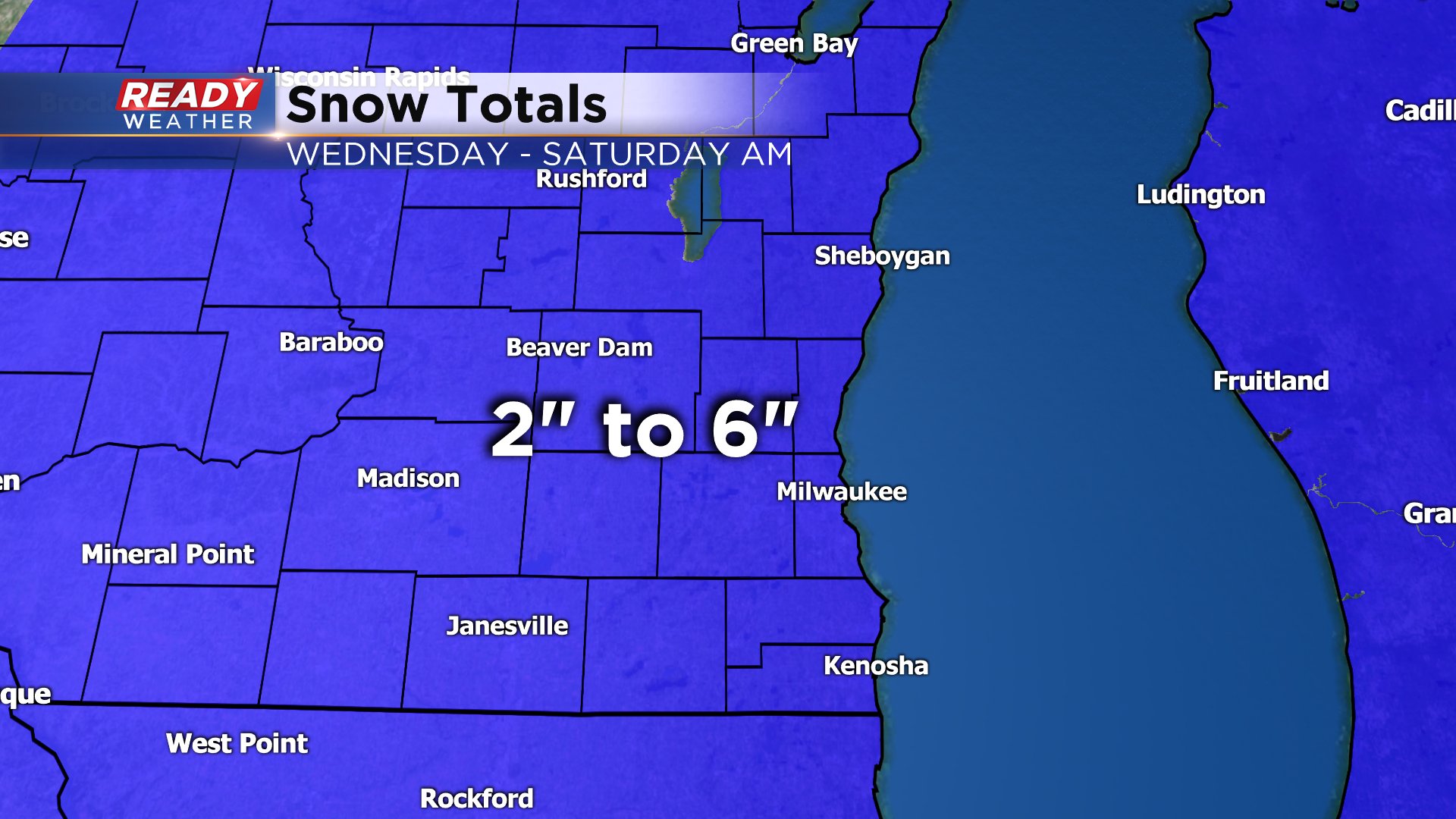 Since this is predominantly a light snow the impacts will remain fairly low but snow and some blowing causing visibility concern along with slushy roads are the main threats. We could see a mix at times but most of it remains a doable rain/snow mix Thursday and Friday. Any threat for freezing drizzle or icing is confined to Wednesday evening that wraps up by midnight. 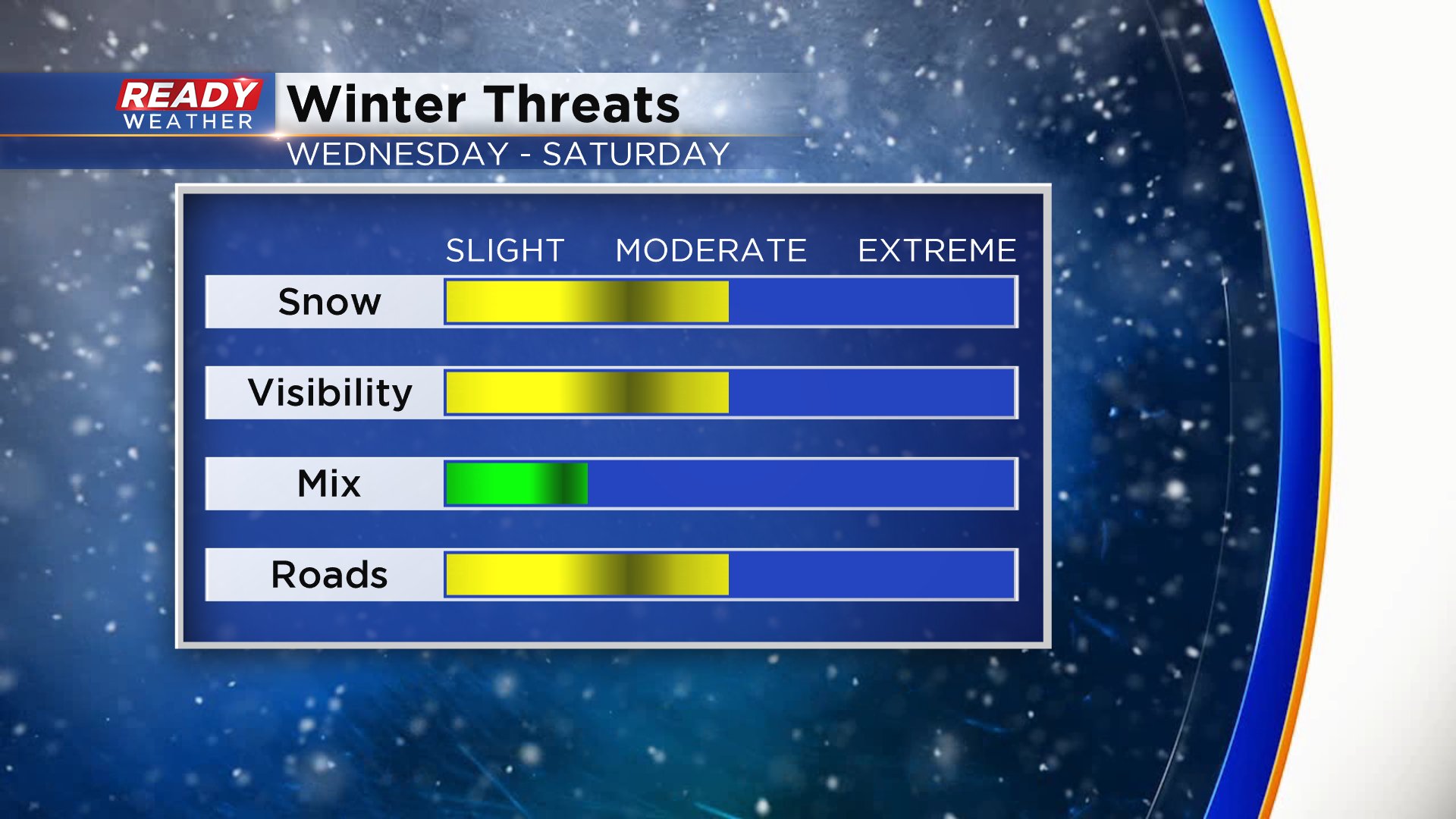 By the time the 60 hour storm has moved out most of us will have shoveled four or five times. Since the majority of this snow stays light and will be the wetter/heavier snow the shovel will be your best snow tool. 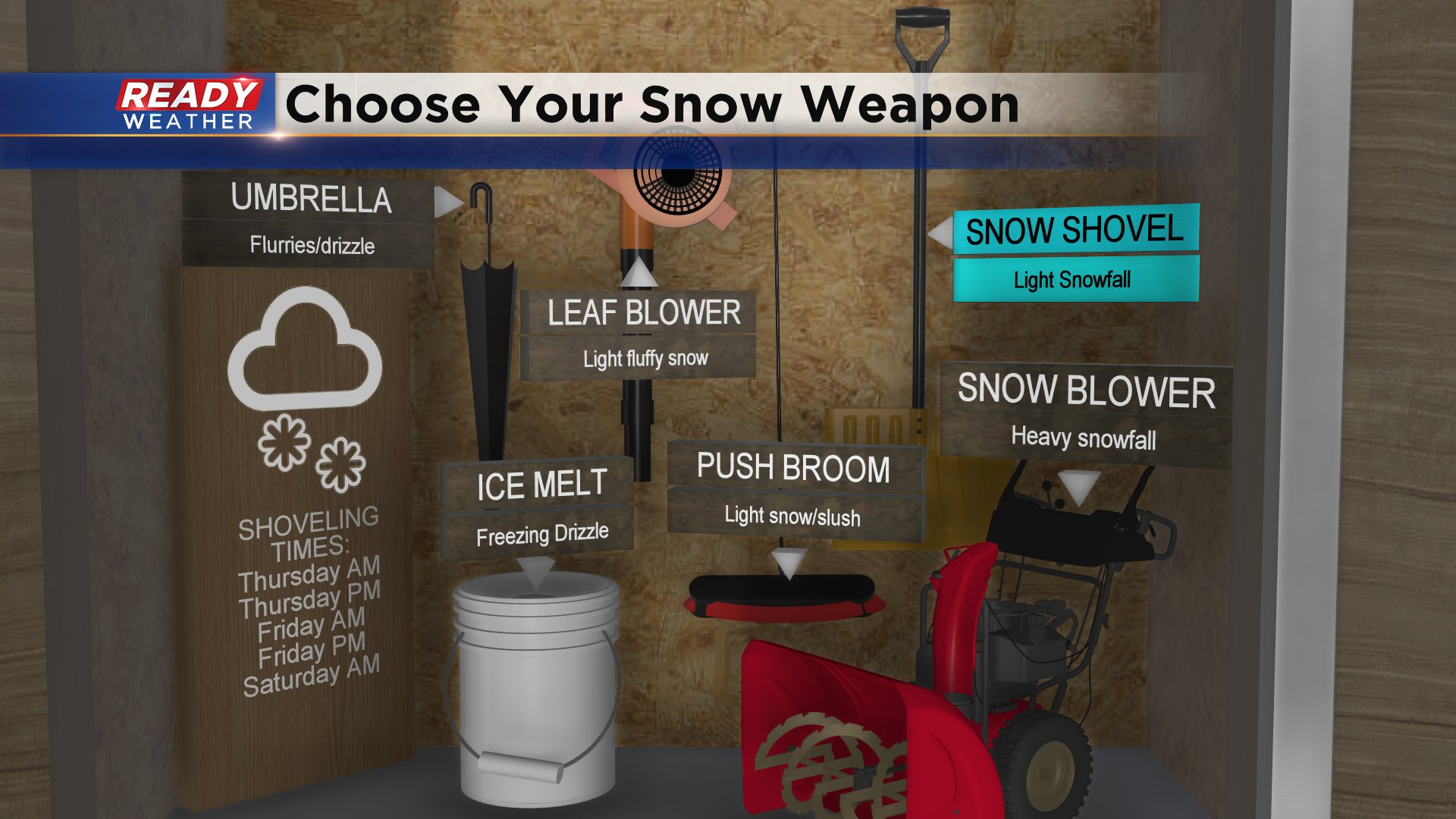 Download the CBS 58 Ready Weather app to track the snow as it falls.