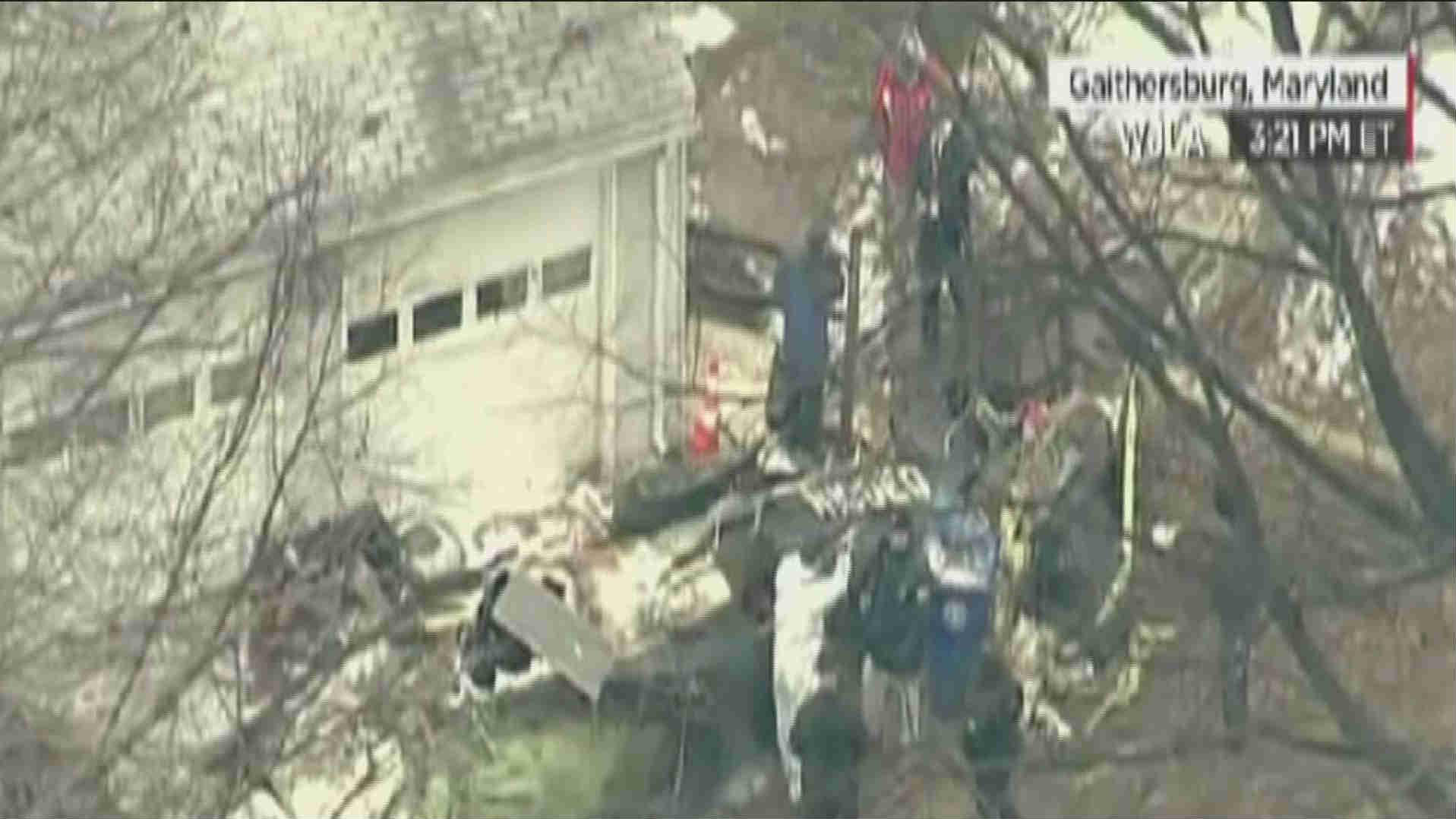 (CNN) -- A twin-engine plane crashed into a house in a Gaithersburg, Maryland, subdivision on Monday morning, killing three people in the plane and two small children and a woman in the residence, according to local and federal authorities.

The bodies of the woman and two children -- a 3-year-old and an infant -- were found in the second floor of one of houses struck by the plane, Montgomery County Police Chief Chris Manger said Monday afternoon at a press conference. He said it appears the woman is the children's mother.

One of the people killed on the plane was Michael Rosenberg, CEO and founder of a North Carolina clinical development company called Health Decisions, according to a statement from the company. The flight originated in Chapel Hill, North Carolina.

The crash occurred about 10:44 a.m. Monday as the twin-engine Embraer EMB-500/Phenom 100 made an instrument approach to Montgomery County Airport, Robert Sumwalt of the National Transportation Safety Board said at the press conference near the wreckage.

The plane went down about a mile from the airport, hitting three houses in all. The airport is about 25 miles northwest of Washington.

\"The main part of fuselage is rested up against the second house, with the tail of the airplane actually at the front door of that house, and then finally it appears that one of the wings was catapulted over into the third house where the majority of the fire damage occurred,\" Sumwalt said. \"So the aircraft wreckage itself is really in two main areas, but it damaged three houses.\"

A woman who lives near the scene of the plane crash told CNN affiliate WUSA she might have heard victims calling for help.

She also described how she first became aware that something was terribly wrong.

\"At first I heard a big sputtering sound. By the time we rushed over here, you see a plane hit the side of the house and then crash right down and there was a big explosion,\" the woman said.

She also says she heard a loud booming sound. \"By then, the flames were just so high and then it was a big mushroom effect of smoke and it just burst into flames.\"

Witness Fred Pedreira, 67, told CNN affiliate WJLA the plane appeared to be out of control when it crashed.

\"This guy, when I saw him, for a fast jet with the wheels down, I said, 'I think he's coming in too low,'\" said Pedreira, who lives near the crash scene. \"Then he was 90 degrees -- sideways -- and then he went belly-up into the house and it was a ball of fire. It was terrible.\"

Sumwalt said the plane's \"black box\" had been recovered from the wreckage. He said the device contained the cockpit voice recorder and flight data recorder.

\"It has been rushed to our headquarters in Washington, D.C., where folks in our labs, investigators in our labs will be begin this evening downloading the data,\" he said.