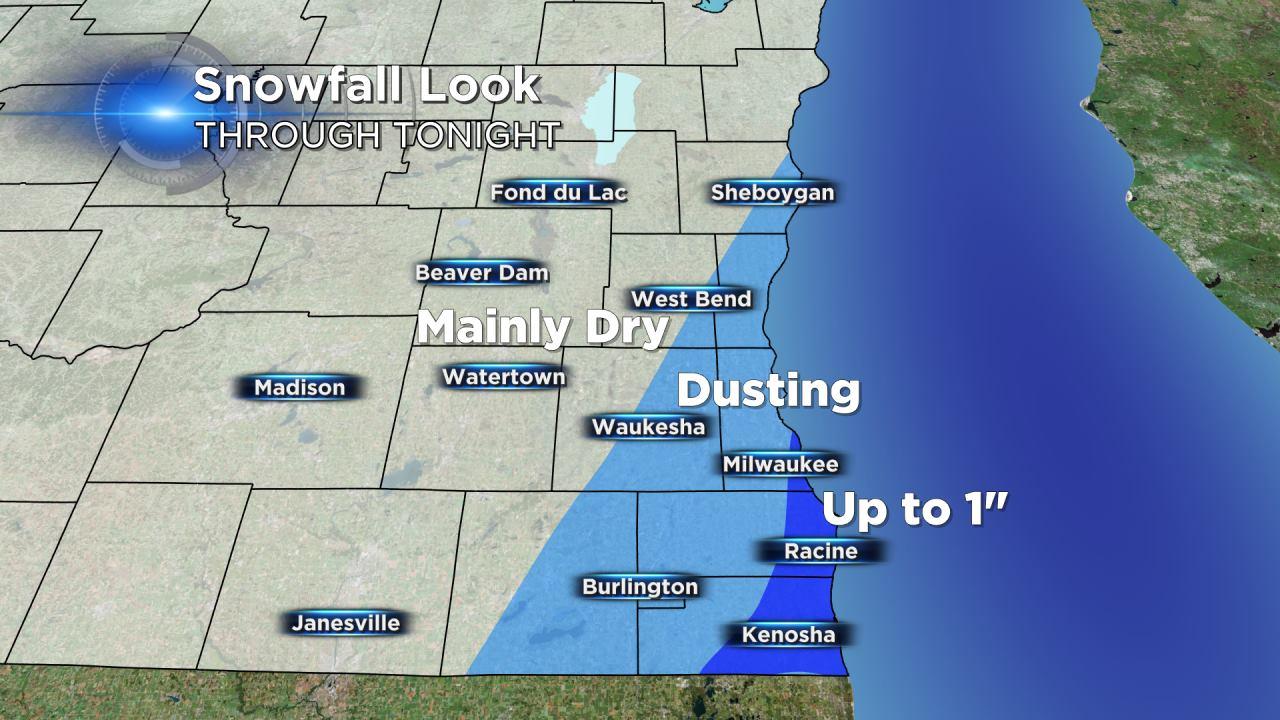 The CBS 58 Weather Team continues to track the threat for snow potential on Wednesday in southeast Wisconsin. The latest track for the storm keeps the majority of major snow in northwest Indiana with southeast Wisconsin getting brushed by the western edge of the storm. Racine and Kenosha Counties will be impacted the most; however, no major accumulation is expected.  The winter weather advisory has been dropped.  A wind advisory has also been issued for Milwaukee, Ozaukee, Kenosha, and Racine Counties until 9:00 PM for wind gusts to 45 mph.

Although the wind won't be as bad as it was last Friday, wind gusts could still top 45 mph which satisfies the criteria for a wind advisory. Any snow that falls throughout the area will quickly become blowing snow and limit visibility. 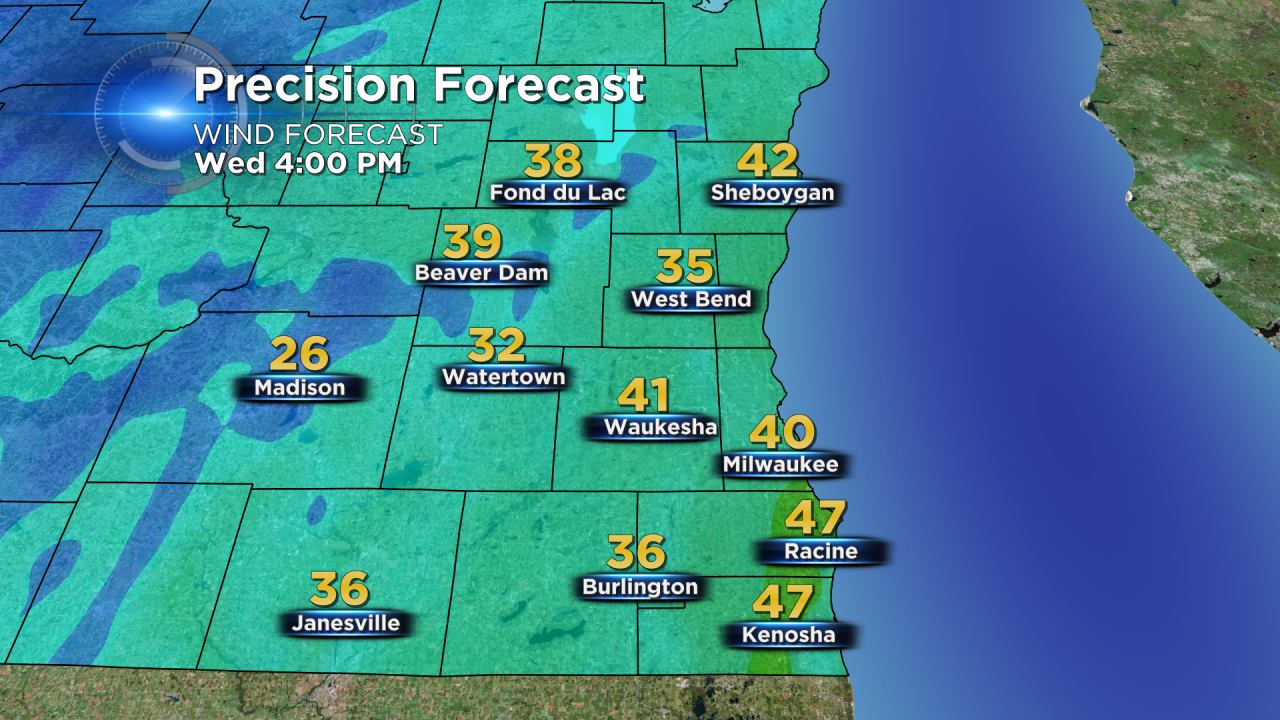 Even though the snow will end by Thursday morning, wind will remain windy all day Thursday with wind gusts to 30 mph. Wind speed will not die down until Thursday night and become light between 5-10 mph on Friday.

Download the CBS 58 Weather App for the latest radar and snow forecast.