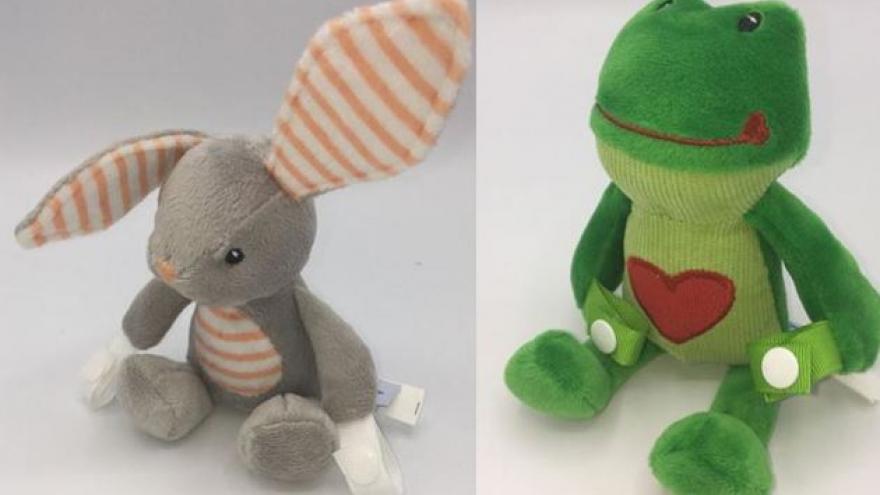 WASHINGON (CBS 58) – More than half a million pacifier and teether holders are being recalled because they could pose a choking hazard for young kids.

According to the Consumer Product Safety Commission (CPSC), a snap on Dr. Brown’s Lovey pacifier and teether holders can detach from the pacifier’s ribbon. The makers of the toy, Handi-Craft, says they’ve received 67 reports of the ribbon fraying and the snap detaching. No injuries have been reported.

The holders were sold in eight styles:  Giraffe, Zebra, Turtle, Deer, and Bunny along with three other special holiday edition styles, reindeer, frog, and spring bunny.

The affected lot codes included in the recall are as follows:

The lot codes are printed on the tag attached to the holder. Consumers can confirm lot codes included in the recall at www.drbrownsbaby.com/recall-lovey.

The holders were sold at Bed, Bath & Beyond, K-Mart, Target, Toys ‘R Us/Babies ‘R Us, Walmart, Amazon.com, and other stores nationwide and online from August 2015 to March 2018 for about $10.

Those who have the product, should immediately take the holders away from young children and contact Handi-Craft to receive a replacement or comparable product for equal or lesser value.