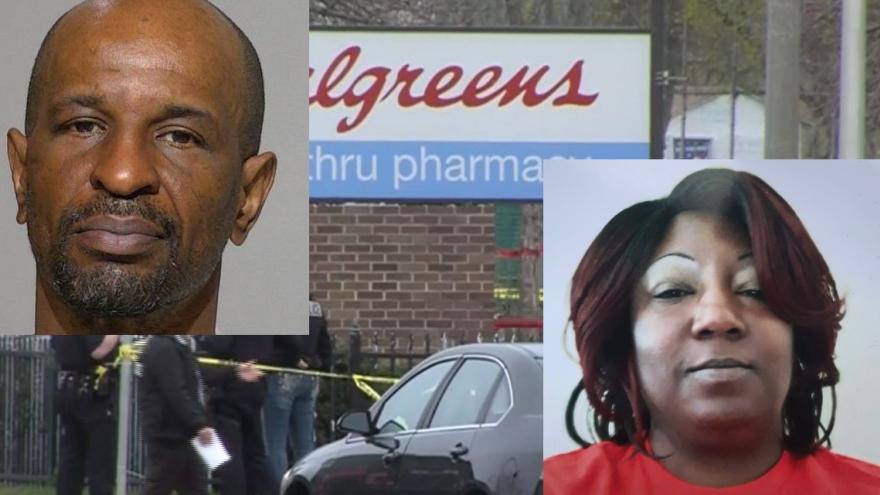 On the afternoon of May 5, a criminal complaint says 48-year-old Cathy King -- a Walgreens pharmacy tech -- was being dropped off by her daughter-in-law at the Walgreens near 27th and North. Investigators say when they arrived, King's ex-boyfriend -- identified as 51-year-old Willie Jones -- emerged from behind a pillar in front of Walgreens.

King exited the vehicle, and authorities say that's when, Jones started to shoot her.

King's daughter-in-law, in disbelief, drove to a different area of the parking lot and stated she heard four to five more gunshots. She then called 911.

According to the criminal complaint, an officer arrived to the scene around 2:10 p.m., and located the victim and Jones standing near her body. Jones reportedly said, "Hey, you're going to have to [expletive] kill me."

Authorities said that's when the officer noticed Jones was armed with a gun. The officer drew his gun and returned to his squad to take cover.

The criminal complaint says the officer yelled at Jones to drop the gun and Jones kept saying, "kill me," and "you're going to have to shoot me."

Two more police officers arrived at the scene and the complaint says Jones was seen making a "pivoting or swiveling motion" at the waist as he moved his arms.

The criminal complaint says, during these swiveling motions, officers heard a "pop" and believed Jones had fired at them. The first responding officer returned fire -- striking Jones.

Jones was taken to Froedtert Hospital for treatment of his gunshot wound.

The Milwaukee Fire Department attempted to provide medical treatment to King, but she was pronounced dead at the scene. An autopsy was performed the next day, and it was determined she had sustained four gunshot wounds.

Jones has been charged with one count of first-degree intentional homicide.