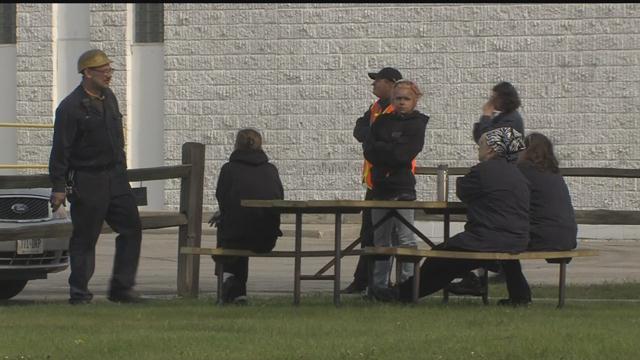 It broke out around 8 this morning at Rheocast Company near Clinton and Mccormick Drive.

Firefighters were there for over 4 hours.

More than a dozen fire crews from all over and as far away as Milwaukee are assisting.

Germantown Fire Chief said when they arrived there was lot of black smoke coming from the roof.

The fire is confined into the area between the ceiling and foundry.

This is happening inside a company that produces and manufactures aluminum and brass die castings.

The chief says there is a lot of Styrofoam and rubber in the roof and the fire was going horizontal.

While the fire is primarily under control, there are still some serious risks firefighters are facing.

The cause of the fire under investigation.