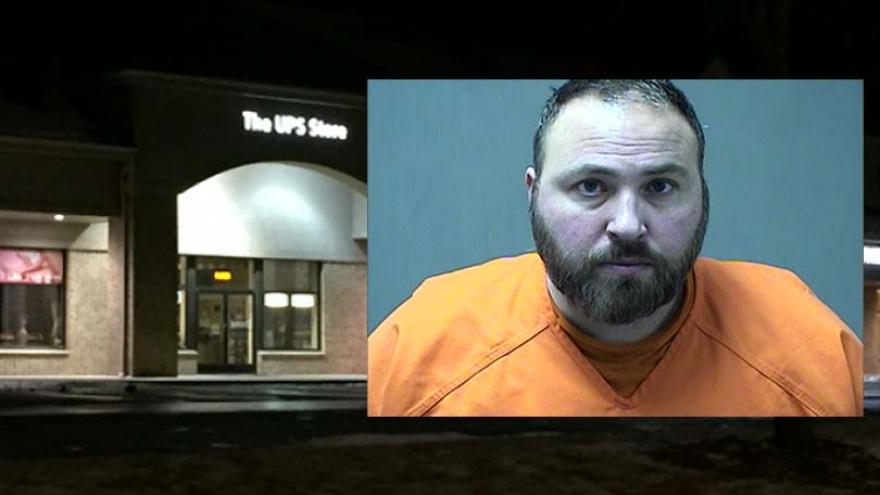 UPDATE: GRAFTON, Wis. (CBS 58) – A man has been charged with disorderly conduct after police say he made a threat involving Anthrax.

Police say 44-year-old David Turiciano of Grafton came into the UPS Store in the 1300 block of Port Washington Road Wednesday afternoon to try to send some equipment back to AT&T.

According to the complaint, Turicano told store employees that the electronics box was full of Anthrax and that he wanted AT&T people to receive it and die.

Turicano was later taken into custody after UPS employees gave police his description and a description of his vehicle.

Following the report, Grafton Police turned the box over to a Milwaukee HAZMAT team which determined no Anthrax was present. The FBI later took possession of the box for more testing.

When Grafton Police were interviewing him, Turicano told officers he made the comments but they were intended as a joke.

GRAFTON, Wis. (CBS 58) -- A 44-year-old Grafton man has been arrested and is facing charges after making a threat involving Anthrax to UPS employees.

According to police, the suspect entered the UPS Store, located at 1369 Port Washington Road, around 3:15 p.m. on Wednesday. Store employees said the man came into the store attempting to send some electronics equipment back. The suspect also stated that the electronics box had anthrax in it and that he hoped the recipients would all die.

The suspect was later identified and arrested.

Multiple agencies responded including the Ozaukee County HAZMAT and the City of Milwaukee Fire Department HAZMAT. They tested the suspects' vehicle and the electronics item.

The electronics item was seized and turned over to the FBI for more thorough and conclusive testing.

Investigation reveals that there is no danger to the public at this time.

There were no injuries as a result of this incident.