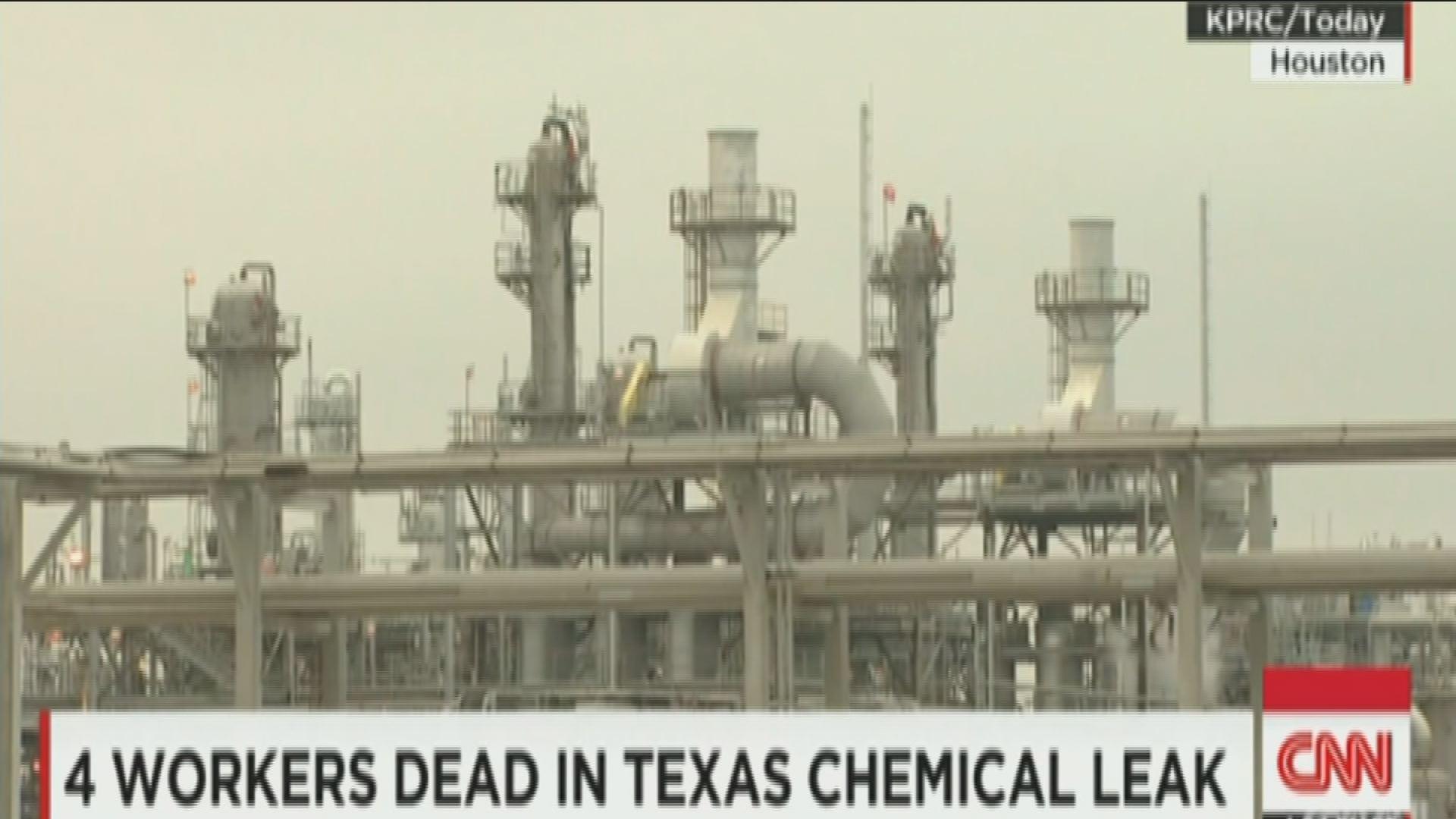 (CNN) -- Four workers were killed Saturday after a chemical leak at a DuPont plant in La Porte, Texas, on the eastern outskirts of Houston, plant manager Randall Clements said.

A fifth employee exposed to the chemical was hospitalized, but is expected to make a full recovery, Clements said.

The community around the DuPont plant was never at risk, the company said.

The cause of the leak is under investigation, Clements said.

The leaked chemical, methyl mercaptan, is used in insecticides and fungicides, as well as to odorize natural gas for safety purposes.

Neighbors reported smelling the chemical's odor, but the company said it diffused in the air and did not pose a risk. Emergency responders monitored the air and concluded that a shelter-in-place order was not necessary.

\"There are no words to fully express the loss we feel or the concern and sympathy we extend to the families of the employees and their co-workers,\" Clements said. \"We are in close touch with them and providing them every measure of support and assistance at this time.\"
t