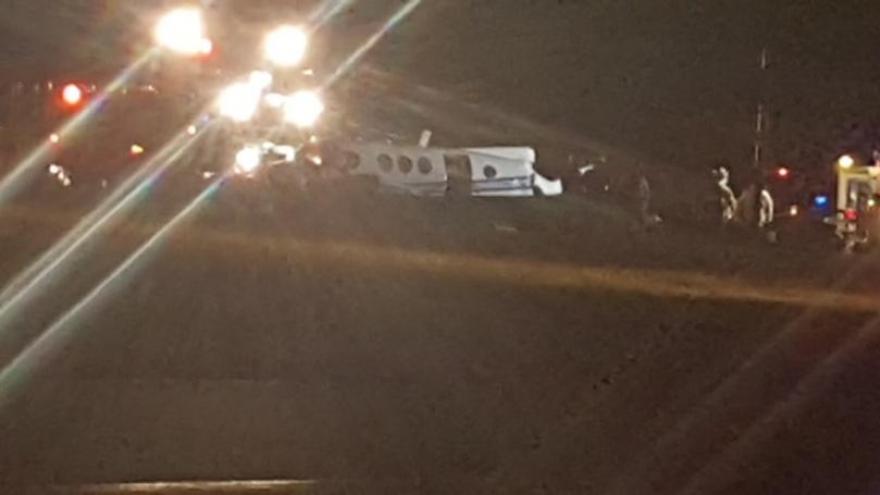 They say all four passengers were taken to the hospital. Investigators say two patients have critical injuries and were extricated, one is considered walking wounded and one was unconscious when crews arrived on the scene.

There is no information on the level of experience the plane's pilot has, but emergency crews believe Rockford was the aircraft's intended destination.

At this time it is unknown if wind played a factor in the crash or if the issue was mechanical.

The FAA says they will be investigating along with the NTSB which will close Falcon Road at least overnight.

The airport does not expect flight delays.