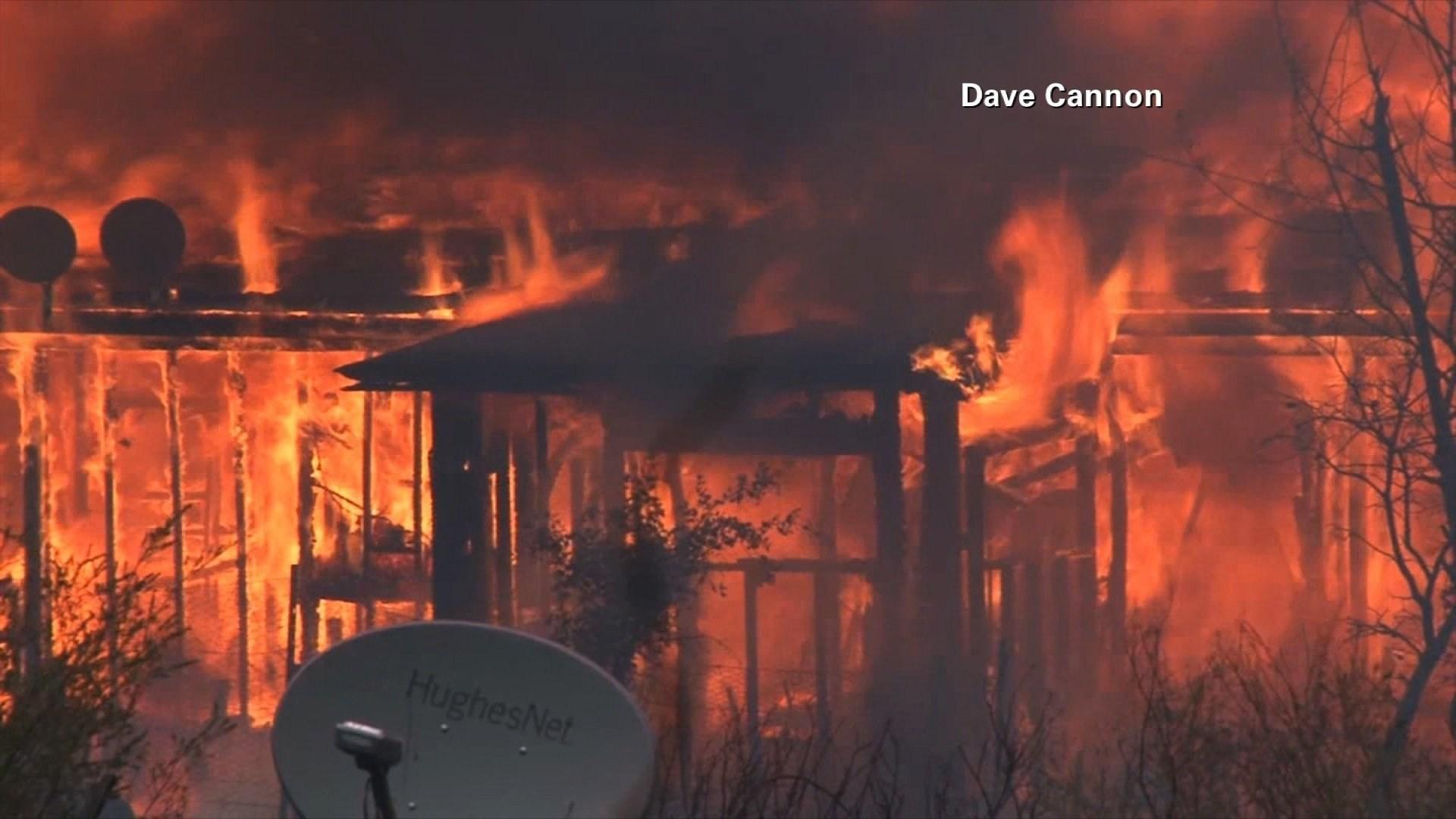 The firefighters were burned in the Valley Fire in Lake County, about 115 miles west of Sacramento. Cal Fire public information officer Daniel Berlant said on Twitter that they were transported to a Sacramento burn center for treatment.

"All suffered 2nd degree burns and are in stable condition at UC Davis Medical," he said.

The fire started as a 50-acre blaze. By Sunday, at least 40,000 acres were charred, Berlant said.

Thousands fled as mandatory evacuations were ordered for the communities of Cobb, Middletown, Harbin Hot Springs and Big Canyon Road.

"As we came down just fire everywhere and all of our houses our neighbor's houses, our friend's houses," Joyce Reim, who lives in Cobb, told CNN affiliate KGO. "Everybody's houses are burning up its awful."

The Butte Fire in Amador and Calaveras counties, about 70 miles east of Sacramento, has grown to 65,000 acres, Cal Fire reported. It has destroyed at least 85 residences and 50 outbuildings and threatens 6,150 homes.

"This fire has continued to grow at such a fast rate. It's threatening more and more homes," Berlant said Saturday on CNN. "With the dry conditions we have across California, this fire has been explosive in the size and just how quickly (it) has been able to grow."

Alexis Woodruff evacuated her family out of their house in Amador County, CNN affiliate KTXL reported.

"Losing everything you own and having to replace everything is a scary thought," she said.

Jamie Levingston came from another town to help move animals out of the fire zone.

"I would want help if it was my home," she told KTXL. "They're our neighbors. Of course, we're going to come and help."

About 3,300 firefighters are on the scene and about 100 officers and deputies from 23 agencies have responded to a request for mutual aid, Berlant said.