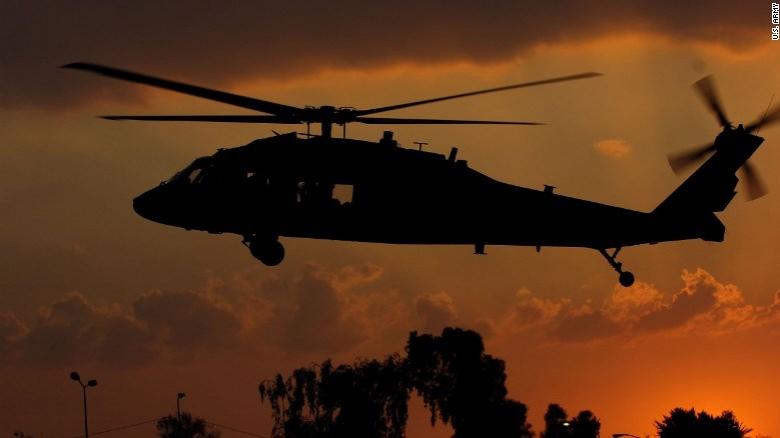 (CNN)Four crew members on an Army helicopter died when it crashed at Fort Hood, the Texas base's press office said.

The UH-60 Black Hawk helicopter went down sometime after 5:49 p.m. Monday in the northeastern part of the Fort Hood Range.

Emergency crews conducted "an extensive search" that ended with the discovery of the four deceased crew members.

The Fort Hood statement did not immediately identify the crash victims, beyond saying they'd been assigned to Division West, First Army.

"They were on a routine training mission at the time," the Army base said. "... The cause of the crash is unknown at this time."

Located in Killeen between Dallas and San Antonio, Fort Hood is one of the U.S. Army's largest bases.