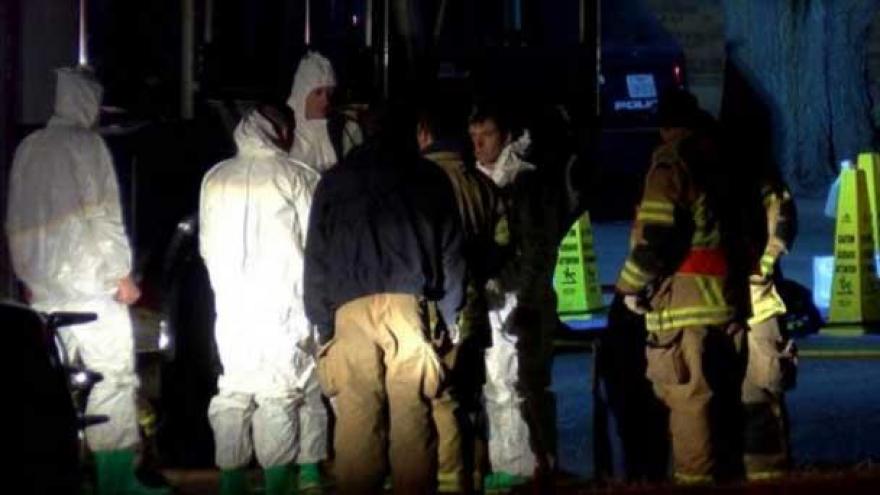 AMARILLO, Texas (CBS NEWS)-- Four children died from gas poisoning believed to have been caused by a pesticide sprayed under their Amarillo home, officials say.

Amarillo Fire Department officials say other people who were in the home are “not out of the woods” yet.

Fire officials say a chemical reaction occurred when one person tried to wash off a pesticide that had been sprayed under the house. Poisonous Phosphine gas was released.

Capt. Larry Davis said in a statement Monday that crews responded to a medical call at the home about 5 a.m. One child died at the scene and three others died at a hospital. Officials didn’t release any identifying information, including the children’s ages.

Other family members and first responders are being treated.

Toxic Phosphine gas is produced when aluminum phosphide is mixed with water or moisture, CBS Amarillo affiliate KFDA reports. Aluminum phosphide is a dangerous “restricted-use pesticide,” and it’s used to kill mice, prairie dogs and gophers. A license is needed to buy it.

The Amarillo Fire Department said in this case it was clearly purchased from an unlicensed dealer, since the person who used it didn’t know that mixing it with water could be damaging, KFDA reported. Once inhaled or ingested, the respiratory system is attacked and it only takes a few PPM (parts per million) to cause death.

“This is known, this happens across the United States and it’s when people get a hold of stuff they don’t know how to use and they don’t do enough research and figure out that water is bad for it,” said Lieutenant Josh Whitney. “And then with the moisture that we have in our air and the moisture that he applied to it, it was just a recipe for a bad situation.”