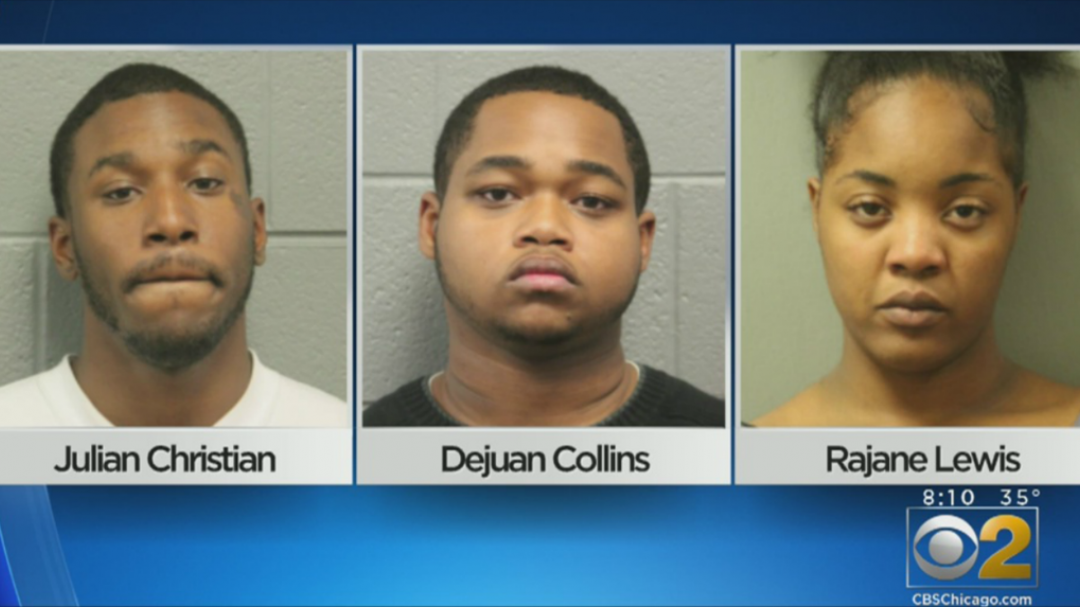 CHICAGO (AP) — Chicago police say four people have been charged in the videotaped beating of a man as bystanders yelled “Don’t vote Trump.”

Authorities say 26-year-old Julian Christian, 21-year-old Rajane Lewis, 20-year-old Dejuan Collins and a 17-year-old girl who wasn’t identified were each charged with vehicular hijacking in the Nov. 9 incident. Christian is from Broadview, Illinois, and Lewis and Collins are from Chicago.

Forty-nine-year-old David Wilcox says he was attacked after another car scraped his. He says he was beaten after parking and asking the other driver if he had insurance. Someone drove off with Wilcox’s car during the attack on Chicago’s West Side.

Wilcox acknowledges he supports President-elect Donald Trump, but says he told no one in the crowd that.

It wasn’t immediately clear whether those charged have attorneys.