Racine Police searching for suspect wanted for robbery, shooting victim as he ran away 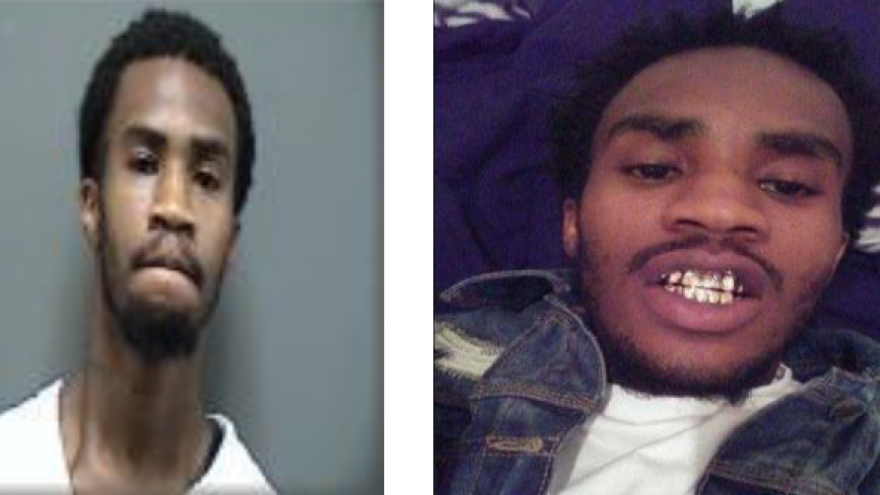 Evans was one of four suspects involved in the robbery and shooting of a man.

It happened at Jojo's near 16th and Indiana on November 22.

Evans is considered armed and dangerous.

Anyone with information about his whereabouts is asked to call the Racine Police Department.

Darquice Edwards, Larice Evans, Tihler Townes, and Erica Townes were taken into custody following the robbery and shooting of a victim in November.

Officers with the Racine Police Department located a victim, shot in the back, outside of JoJo's on November 22.

The victim told police that he was at the store with three women. When he went outside to his car, Edwards, Townes, and Evans ran up to the car and attempted to get in through his rear passenger door. They were caught on surveillance video punching and beating up the victim. Townes pointed a gun at the victim, as well.

The victim was robbed of his car and phone before he was able to free himself from the car and his attackers and run northbound into the street. As he was running away, Edwards is shown on surveillance video, shooting the victim in the back.

Townes was taken into custody. During an interview with police, he stated that he was told the victim was carrying roughly $5,000 in cash. Townes said the plan was to rob the victim at the store but he got away so Edwards shot him in the back.

Edwards was arrested after a traffic stop. He was driving the same white Toyota Sienna that was seen in the surveillance video. Edwards faces additional charges of possession of a firearm by a felon.