4 Arrested in deaths of hundreds of chickens on California farm 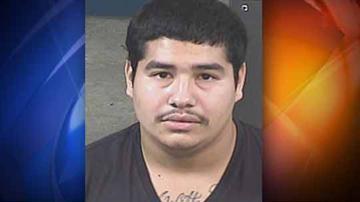 (CNN) -- Four suspects are in custody after more than 900 chickens appeared to have been killed by intruders at a farm in central California in September, authorities say.

Gabriel Quintero, 18, and three other males ages 15-17 were booked on charges of burglary and felony cruelty to animals, according to the Fresno County Sheriff's Department. In a statement, the Sheriff's Department said a tip pointed them to a residence where some of the suspects lived, where deputies found evidence linking them to the crime.

The suspects pulled back a portion of the fence at the Foster Farms facility in Caruthers, California, on September 20 and \"once they were inside ... used a golf club, we believe, (or) possibly some other type of instrument, to maliciously kill several hundred chickens,\" according to Deputy Chris Curtice with the Fresno County Sheriff's Department.

Curtice said evidence collected at the scene during the investigation included part of what authorities believe is a golf club used to kill the chickens.

Foster Farms as well as some animal rights groups offered rewards in the case, Curtice said.

Foster Farms operates more than 100 ranches along California's Central Valley, according to its website. The company says it was the first major U.S. poultry producer to earn the American Humane Certification.

\"It is the express policy of Foster Farms to treat its birds humanely and with compassion. Any intentional act to the contrary is unacceptable,\" a company statement said.