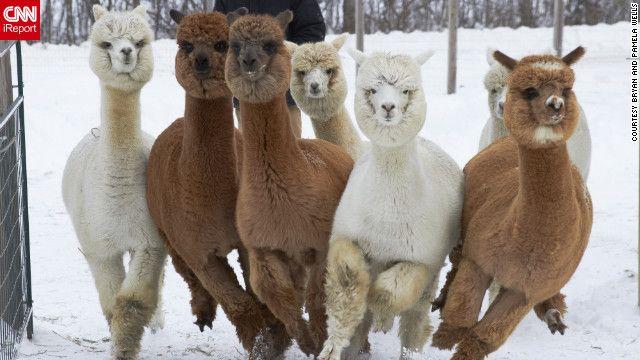 Alpacas have coexisted with humankind for thousands of years. The Incan civilization of the Andes Mountains in Peru elevated the alpaca to a central place in their society. The imperial Incas clothed themselves in garments made from alpaca and many religious ceremonies involved the animal.

Alpacas are, however, relatively new to the United States when compared to other livestock. First commercially imported in 1984, there are now more than 230,000 registered alpacas in North America.

Alpacas and alpaca enthusiasts, as well as fiber art enthusiasts, gather from throughout Wisconsin and neighboring states for the Wisconsin Alpaca & Fiber Fest. This year, the show will be held April 23 and 24 at the Washington County Fairgrounds in West Bend, WI, according to a release from the festival.

Alpacas will be featured in a show ring competition, comprised of classes judging conformation and fleece quality in many categories for both Suri and Huacaya alpacas.

Throughout the weekend, artisans will showcase alpaca fiber and examples of felting, fiber arts and more. Dozens of vendors will sell the latest alpaca fashions and hand-crafted items.