30 injured in floor collapse at party near Clemson University 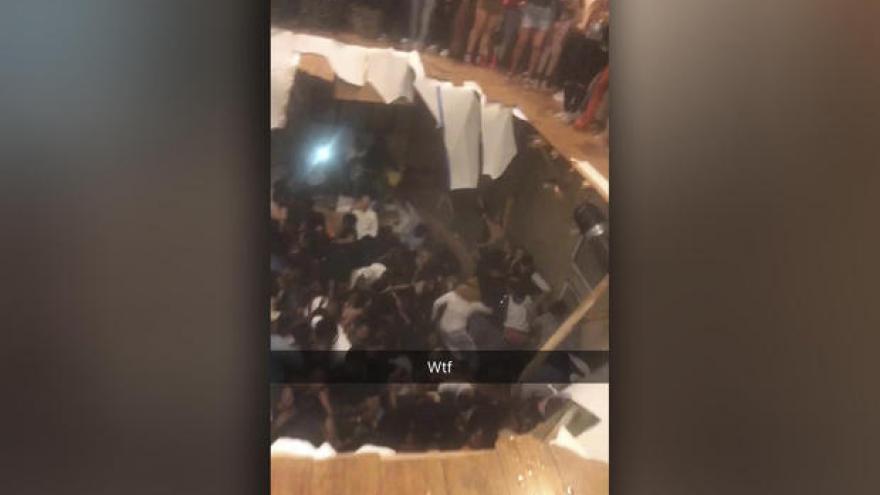 At least 30 people were injured when a large portion of a floor at a party near Clemson University's campus collapsed, dropping people into the basement early Sunday morning.

Witnesses said the party at the event space of an apartment complex was just getting started when the floor collapsed.

"Everybody was jumping, next thing you know, I'm jumping, I had my hands in the air and I can feel myself falling. Then I wake up, because I blacked out, and there [were] girls everywhere with blood all over their face," Leroy Pearson told CBS affiliate WSPA-TV.

No deaths were reported, but police said some of the injured had broken bones. Authorities said an investigation into the collapse will continue this week.

Clemson University officials said they were notified of the situation early Sunday. The university's president, Jim Clements, tweeted saying he's monitoring the situation. "Our entire student support system will be available for any student impacted," he said.