3 Wisconsin Prisoners on a Hunger Strike 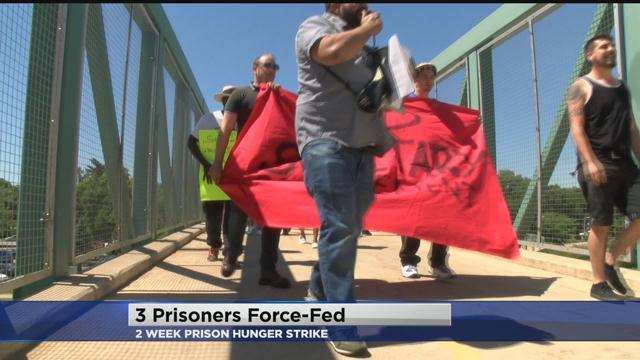 State corrections officials say three inmates on a hunger strike are being force-fed by prison staff.

The three are among a half-dozen prisoners who started refusing food about two weeks ago to protest solitary confinement at the Waupun and Columbia correctional institutions.

According to the Milwaukee Journal Sentinel, they're being force-fed water and a nutrition drink through a nasal tube.

Protestors have been publicizing their plight.

Inmates in Wisconsin can be force-fed if a physical evaluation finds death or severe harm is likely without intervention.

A corrections spokesman refused to comment on their medical condition, but did say they're working on reforming restrictive housing policies.