3 Teenagers Found in a Mine in Dodge County 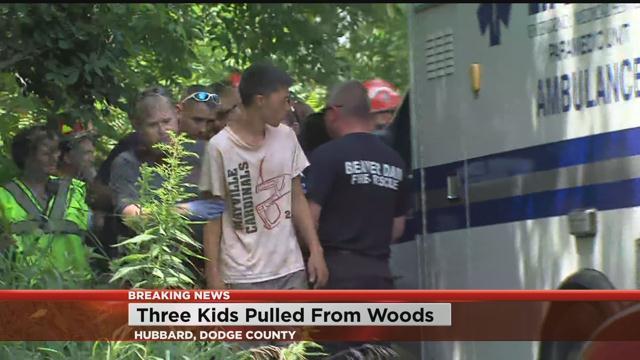 UPDATE: Dodge County Sheriff said in a press conference the teenagers were exploring the mine yesterday at 3:00 PM and became lost. The sheriff said it had nothing to do with the Pokemon Go App.

The teenagers were found just before 1:00 PM in the mine.

Sheriff said the teens had only a few bumps and scrapes, and they were turned over to their parents.

The teenagers had used their cellphone's flashlights to search the cave until phones' batteries died.

UPDATE: The three teenagers who were believed to be missing in Dodge County were found in the mine around 12:30 PM on Monday.

Teens located! Dodge county @CBS58 saw with my own eyes!

The Iron Ridge Fire Department and several other agencies have been working to find the boys.

The boys bikes were found in the area of an abandoned mine.

The mine was built in 1915 and donated to UWM in 1964. Conditions inside the mine are cold and dark.

The sheriff said he did not know if the boys are in the mine, but they are searching the mine.

It has numerous entry points.

So far there are no signs of injuries to the boys.

Search dogs were brought in from nearby departments, and the DNR's plane is flying over to help with the search and with thermal imaging. .

They tried to use a drone but there was too much tree coverage.

ORIGINAL: Dodge County authorities are searching for three missing teenage boys in the area of Iron Ridge.   The boys, 16-year-old Zachary Heron, 16-year-old Tate Rose and 15-year-old Samuel Lein, were reported missing late Sunday night in the area of Neda Road and Ore Road in the Town of Hubbard.  The Dodge County Sheriff’s Office, the Joint Unified Command and the Iron Ridge Fire Department are conducting the search.  According to the Sheriff’s Office, the search is being conducted in a heavily wooded  with  old mine tunnels throughout making which makes the area difficult to traverse.   The public is asked to stay clear of the area to make the search effort more effective.  A news conference is scheduled for 8:30 this morning at the Iron Ridge Fire Department.