3 rescued – one dramatically -- from bungee ride at county fair 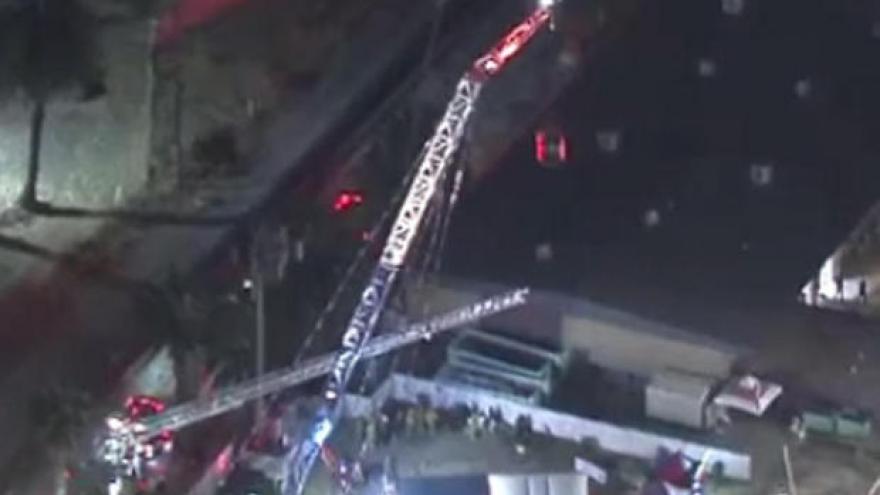 One was found hanging upside down 30 feet in the air and reportedly had been in that position for at least 20 minutes, but didn't appear to be in medical distress, the station says.

A witness described the upside-down person as a man who was halfway between the ground and the platform from which he'd jumped. He appeared to be doing crunches as he waited, the witness said.

Officials used an aerial ladder to get him back to the ground. The witness said it took crews a while to undo his legs from the ankle straps. He was being checked out by medical personnel, authorities said.

The other two people were stuck in a bungee cage.

Officials said they weren't injured, and the witness said it appeared the two were ride workers. Crews sent up a rope to get them down.

One slid down the rope to safety and the second worker soon followed.

Firefighters were gesturing to helicopters that were circling the fair.

The witness said the fair band stopped while the man was rescued but resumed playing when he was safe.

Nearby railroad tracks were shut down as crews worked.