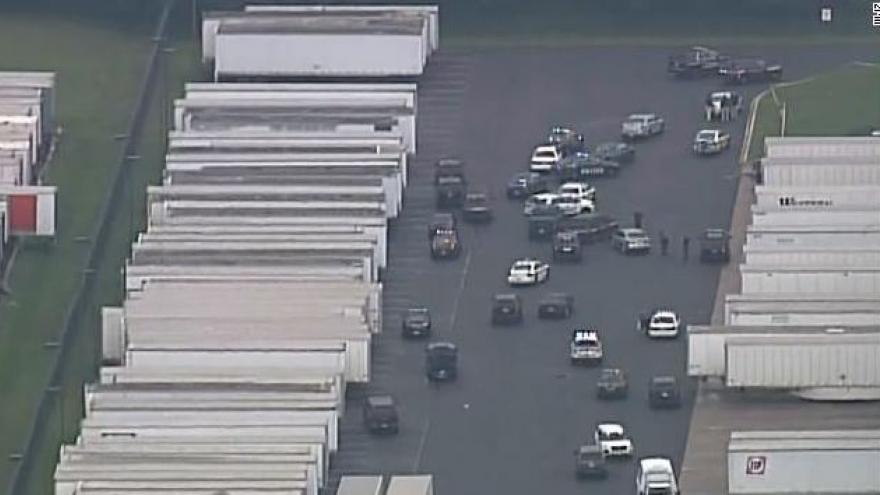 A law enforcement official with knowledge of the shooting stressed that the number of dead is based on preliminary information. The official wasn't authorized to discuss details by name and spoke on condition of anonymity to The Associated Press.

A suspect was taken into custody and was in critical condition, Harford County Sheriff Jeffrey Gahler told a news conference.

It appears there was only one weapon, a handgun, that was used and there were no shots fired by responding law enforcement officers, Gahler said. Gahler also said multiple people had been killed and wounded in the shooting, without giving any other details on casualties.

Gahler said the call about shots fired came in from the Rite Aid distribution center at about 9:06 a.m. and deputies and other officers were on the scene in just over five minutes.

"We are so preliminary in this investigation," Gahler said. "It's so important that we deal in facts." He said authorities don't want to "make it worse" for the families involved by giving out incorrect information.

The attack came nearly three months after a man armed with a shotgun attacked a newspaper office in Annapolis, Maryland, killing five staff members. Authorities accused Jarrod W. Ramos of attacking The Capital Gazette because of a longstanding grudge against the paper.

The FBI described the Aberdeen incident as an "active shooter situation" and said its Baltimore field office was assisting.

In a tweet, Maryland Gov. Larry Hogan said his office is monitoring the situation in Aberdeen and that the state stands ready to offer any support.

Susan Henderson, spokesman for the drugstore chain Rite Aid, said the shooting happened on the campus of a company distribution center in Aberdeen. She described it as a support facility adjacent to a larger building.

Harford County Executive Barry Glassman said that unfortunately, incidents like this are "becoming a too-often occurrence not only in Harford County but in the country."