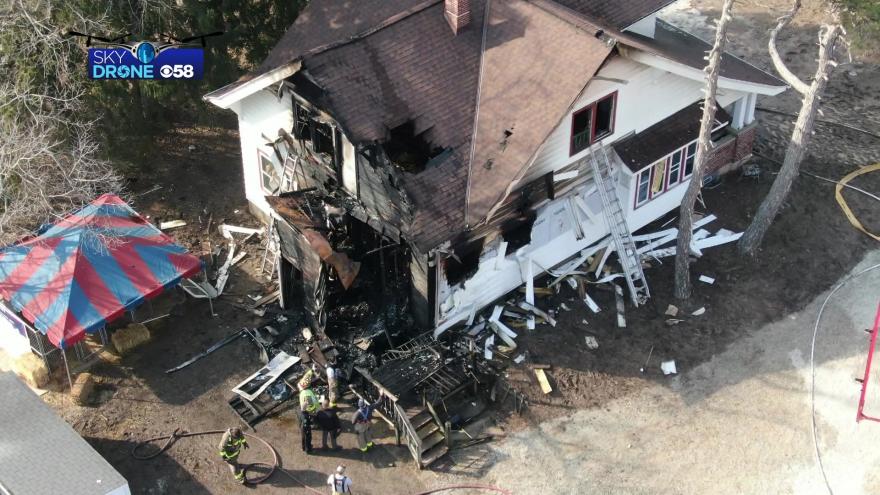 They were called to the area near 161st and Loomis Road, to a home located some distance from the road.

The chief says when crews arrived, fire was coming from the kitchen and a porch, and it spread to the second floor.

No people were inside the home, and the pets escaped safely.

Fire departments from three different counties helped out, some of them bringing water to what is a fairly rural area.