28 Internet acronyms every parent should know 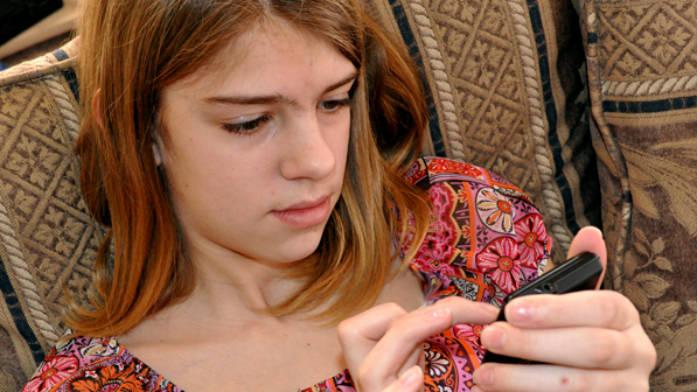 If you think you are tech savvy all because you know what \"LOL\" means, let me test your coolness.

Any idea what \"IWSN\" stands for in Internet slang?

It's a declarative statement: I want sex now.

If it makes you feel any better, I had no clue, and neither did a number of women I asked about it.

Acronyms are widely popular across the Internet, especially on social media and texting apps, because, in some cases, they offer a shorthand for communication that is meant to be instant.

But the issue, especially for parents, is understanding the slang that could signal some dangerous teen behavior, such as \"GNOC,'\" which means \"get naked on camera.\"

And it certainly helps for a parent to know that \"PIR\" means parent in room, which could mean the teen wants to have a conversation about things that his or her mom and dad might not approve of.

Katie Greer is a national Internet safety expert who has provided Internet and technology safety training to schools, law enforcement agencies and community organizations throughout the country for more than seven years.

She says research shows that a majority of teens believe that their parents are starting to keep tabs on their online and social media lives.

\"With that, acronyms can be used by kids to hide certain parts of their conversations from attentive parents,\" Greer said. \"Acronyms used for this purpose could potentially raise some red flags for parents.\"

But parents would drive themselves crazy, she said, if they tried to decode every text, email and post they see their teen sending or receiving.

\"I've seen some before and it's like 'The Da Vinci Code,' where only the kids hold the true meanings (and most of the time they're fairly innocuous),\" she said.

Still, if parents come across any acronyms they believe could be problematic, they should talk with their kids about them, said Greer.

But how, on earth, is a parent to keep up with all these acronyms, especially since new ones are being introduced every day?

\"It's a lot to keep track of,\" Greer said. Parents can always do a Google search if they stumble upon an phrase they aren't familiar with, but the other option is asking their children, since these phrases can have different meanings for different people.

\"Asking kids not only gives you great information, but it shows that you're paying attention and sparks the conversation around their online behaviors, which is imperative.\"

Micky Morrison, a mom of two in Islamorada, Florida, says she finds Internet acronyms \"baffling, annoying and hilarious at the same time.\"

She's none too pleased that acronyms like \"LOL\" and \"OMG\" are being adopted into conversation, and already told her 12-year-old son -- whom she jokingly calls \"deprived,\" since he does not have a phone yet -- that acronym talk is not allowed in her presence.

But the issue really came to a head when her son and his adolescent friends got together and were all \"ignoring one another with noses in their phones,\" said Morrison, founder of BabyWeightTV.

\"I announced my invention of a new acronym: 'PYFPD.' Put your freaking phone down.\"

But back to the serious issue at hand, below are 28 Internet acronyms, which I learned from Greer and other parents I talked with, as well as from sites such as NoSlang.com and NetLingo.com, and from Cool Mom Tech's 99 acronyms and phrases that every parent should know.

After you read this list, you'll likely start looking at your teen's texts in a whole new way.

3. NIFOC - Naked in front of computer

Know any other Internet acronyms parents should learn about? Tell Kelly Wallace on Twitter or CNN Living on Facebook.