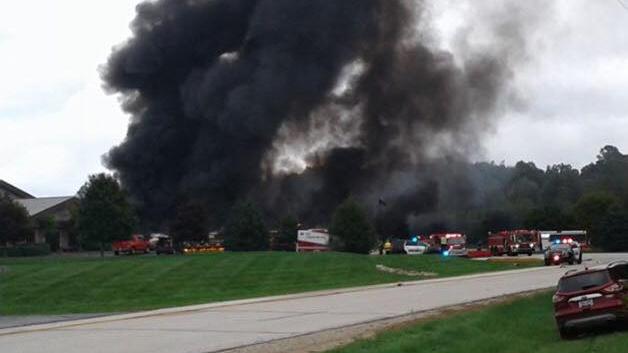 According to the Waukesha County Sheriff's Office Dousman Transport bus depot in North Lake caught fire. The fire was reported shortly before 1:00 PM on Sunday, October 2.

Between 30 and 40 school buses at Dousman Transport were fully engulfed. The bus barn was also destroyed. The source of the fire has not been determined, but is under investigation.

Dousman Transport has additional buses across the state and is sending drivers from the North Lake location to other depots to pick up buses.

According to Dousman Transport, they have told the school districts that the fire will not disrupt bus services for school on Monday.

In a tweet, Arrowhead Schools said the bus company was able to gather enough replacement buses to allow bus routes to operate as normal.