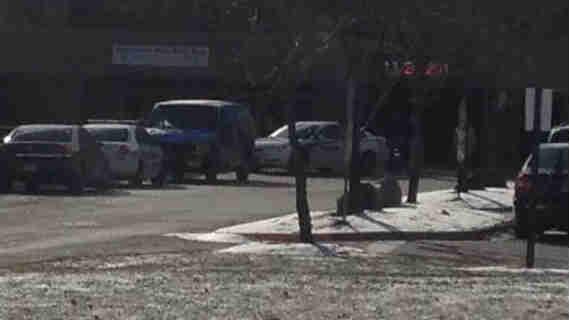 The West Bend Police Department says it is forwarding criminal charges to the Washington County District Attorney's Office and juvenile authorities for students involved in a November 20th hall pass protest that got out of control at both West Bend East and West High Schools.

Police were called to the high school just after 8 a.m. and officials say officers encountered a number of students were running through the halls yelling and ripping materials off the walls. West Bend East and West High School went into a soft lockdown after that protest got out of hand. Witnesses told CBS 58 there was a group trying to talk to school leadership about a new hall pass policy. The policy requires students to wear a hall pass around their neck when they want to leave class. It's a lanyard with sign on it that's half the size of a piece of printer paper.

About 350 students attended a November 20 meeting with school administrators to talk about the hall pass policy. Around 100 students became agitated and angry after administrators wouldn't change the policy. \"They wanted us to use these passes,\" Junior Molly Fry said. \"[they said we] Couldn't go to the bathroom the first and last five minutes of class. Would get a ticket, a truancy ticket, if we got caught without them. People didn't like that.\"

West Bend police say the district suspended 75 students of the student that had been detained by law enforcement. The West Bend Police Department is requesting 19 students under the age of 17 be charged with disorderly conduct in juvenile court, and four students either 17 or 18 years old be charged with disorderly conduct by the Washington County District Attorney's Office. 20 students under the age of 17 will receive disorderly conduct municipal citations carrying a $376 fine, and three students either aged 17 or 18 will receive municipal citations with a $439 fine.