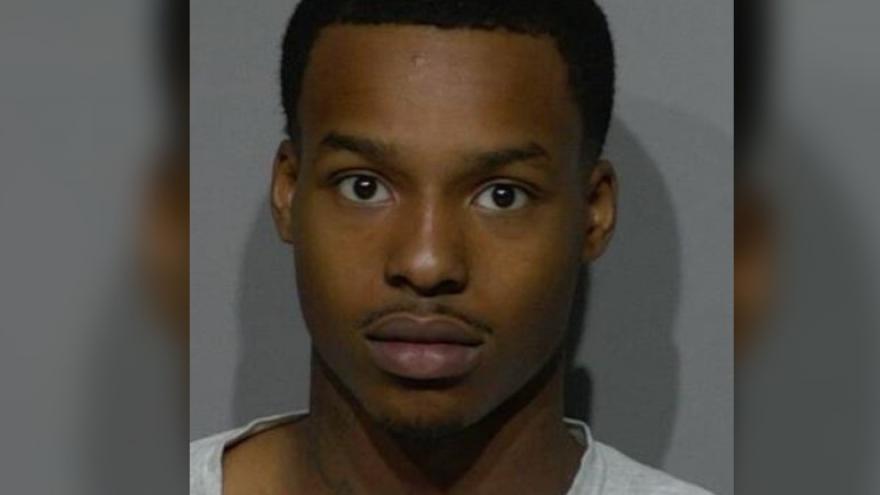 Authorities say the victim's daughter lived with the victim's mother near 49th and Spring Lane, and resided in a bedroom with 22-year-old Keenan Bryant .

On Oct. 20, investigators said the victim -- along with his girlfriend -- went to his mother's home to work on a car and to confront Bryant to tell him he couldn't live there anymore.

According to the criminal complaint, the victim walked toward the back bedroom where Bryant had been staying and "within seconds" was shot three times. One of the bullets also struck a kitchen window, where the victim's girlfriend was present.

Officials say Bryant then exited the home and ran from the scene.

Police were able to obtain video from a nearby house that shows the victim and his girlfriend arriving to the home and entering. Moments later, the victim's girlfriend and mother are seen rushing out of the home, followed by a man exiting the front door and running down 49th Street.

Officials searched the area where Bryant ran, and located a handgun in a wooded area.

Investigators searched the home, and found ID's and other paperwork with Bryant's name on it. Officials also found spent bullet casings from that matched the gun recovered.