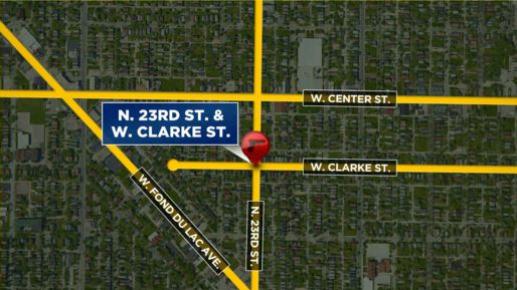 Milwaukee Police are investigating a shooting that happened during an attempted robbery just before 7 p.m. on Wednesday, August 20, 2015 near 23rd and Clarke on the city's northwest side.

A 21-year-old man was taken to a local hospital for non-life threatening injuries related to a gunshot wound.  Police say the shooting is related to a robbery attempt, but they have not revealed whether the victim was the intended target or the alleged thief.

The investigation into the incident continues, and no suspects are currently in custody.