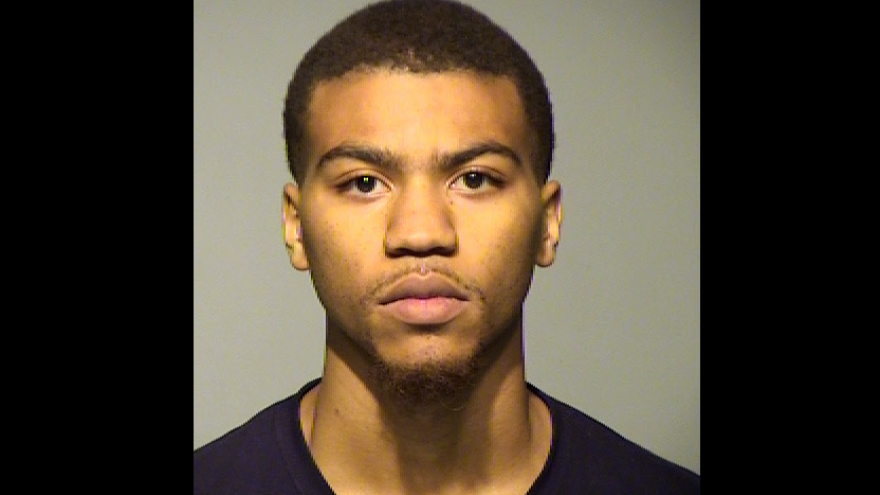 MILWAUKEE (CBS 58) -- A 20-year-old man is under arrest and facing numerous charges after selling drugs which were captured on a Facebook live video.

According to the criminal complaint, officers received a 40-minute video which showed the defendant, Jeffery Kirk, driving around the city of Milwaukee selling drugs and possessing guns on September 10.

According to police, the video also shows Kirk answering his phone and messages in which he takes orders for marijuana.

Kirk is then seen on video delivering marijuana to 6 different locations throughout Milwaukee.

Kirk is also seen showing off guns. At one point in the video, he holds up a black semi-automatic Glock handgun and tells someone who had just posted on Facebook that he hates them.

According to police, at approximately 23 minutes into the video, Kirk calls a female who he refers to as “mom” and asks her to bring his “smoke” out to his vehicle.  Kirk then exits the vehicle and returns with a black tote bag with a floral pattern which contained additional marijuana.

Kirk was taken into custody on October 5. He admitted that it was him on Facebook live and that he owned the guns. He further stated that the marijuana found in the residence he was arrested at was his as well although he claimed it was for personal use.

Kirk will have his Preliminary Hearing on October 20.