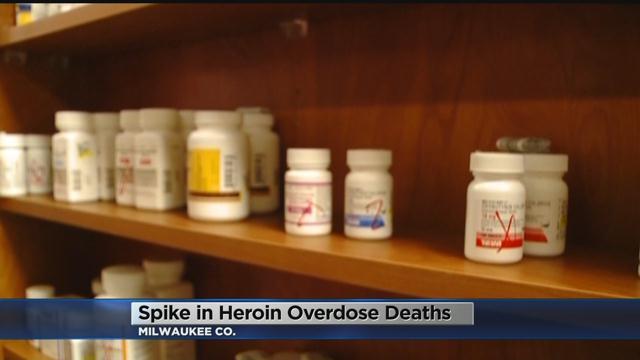 Twenty people  died of heroin overdoses in just the last two weeks. Since mid-July, there were 36 total deaths due to drug overdoses.

A representative from the ME's office said this is a "tremendous" increase.

Since January 1, there have been 120 overdoses deaths in Milwaukee County, which makes it the area's number one avoidable cause of death.

Since the start of the year, the number of homicides is at 83 and traffic related deaths is at 44.

The medical examiner says the county averages on heroin overdose every three days.

"We don't normally see this many overdoes in a short period of time like that. We see them routinely, they are pretty static thing in this office, but this number has dramatically increased for us,” said Sara Schreiber, Technical Forensic Director.

The medical examiners office says the most effective way to stop the rise in overdose deaths is to educate people and get these drugs off the street.