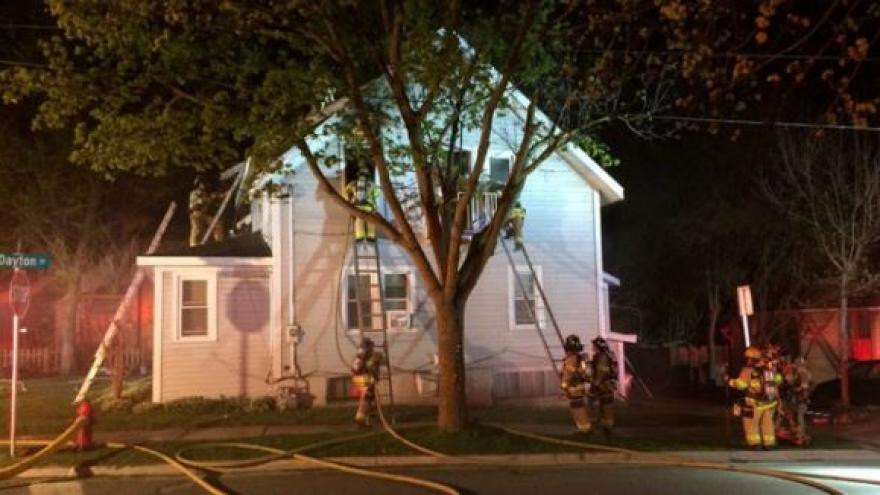 MADISON, Wis. (WISC) -- The Madison Fire Department is investigating an apartment fire in the 200 block of North Street where two people were rescued from roof areas, officials said.

The Madison Police Department said around midnight Tuesday, officers and firefighters responded to a fire at an eight-unit residential building operated by the nonprofit organization Porchlight.

Three of the five people who were home when the fire broke out on the second floor were able to get out, but heat and heavy smoke trapped two people upstairs, fire officials said. The two residents were rescued off of roof areas using ladders.

The fire was contained mainly to one room upstairs, according to a release. The building has automatic fire sprinklers, which helped keep the fire from spreading to other parts of the house, officials said.

No one was injured in the fire but none of the residents were able to return home due to the damage, according to the release.

Officials said Porchlight and the Red Cross are assisting the residents to find a place to stay.

The cause and estimated damaged of the fire is still under investigation.