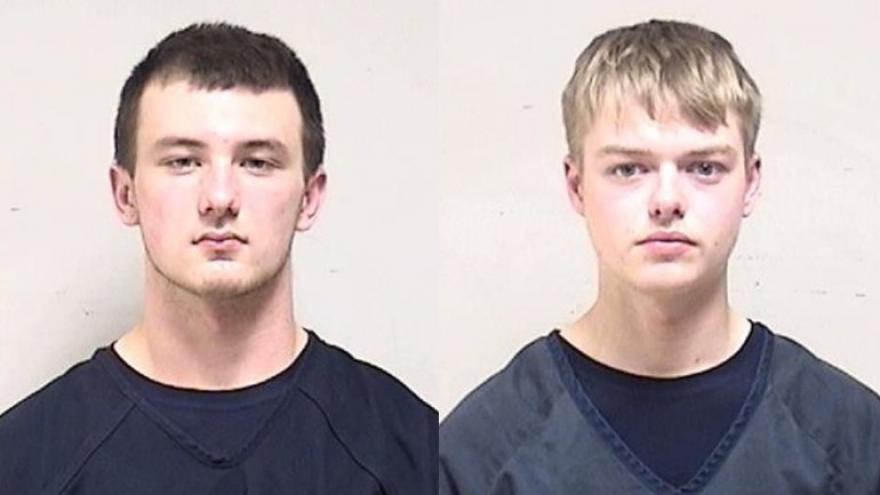 KENOSHA COUNTY, Wis. (CBS 58) -- Two young men, ages 19 and 20, are accused of leading Kenosha County authorities on a pursuit that exceeded 100 mph. The two men were on motorcycles.

According to a criminal complaint, on May 13, officials received a call about two motorcycles traveling on State Highway 31 at a high rate of speed. The caller indicated the motorcyclists were weaving in and out of morning rush hour traffic and believed they were going upwards of 80 mph.

Officials say a Kenosha County Sheriff's Department deputy waited in1500 block of State Highway 31 to try and track their speed. Before they approached, the deputy activated his emergency lights and sirens. The criminal complaint says both motorcycles passed the squad and the deputy could "hear their engines accelerate more" as he turned to pursue them.

At this time, officials say both a Wisconsin State Patrol squad and Kenosha County sheriff's squad were pursuing the motorcycles. Both reported obtaining speeds in excess of 100 mph.

The criminal complaint says the deputy observed the motorcyclists weaving in and out of heavy traffic still driving over 100 mph. The pursuit was terminated when they approached construction in the 400 block of Highway 31.

After the pursuit ended, the Kenosha County deputy continued northbound on Highway 31 and found both motorcycles were stopped on Highway KR and Highway 31. The deputy observed one of the bikes was scuffed up and so was the driver. Officials say the driver admitted he crashed followed the pursuit.

According to the criminal complaint, the pair stated they just got off work and had a "very stressful day." Brey told officials he and Krok were just "trying to blow off some steam and obviously did it in the wrong way."

Officials say Brey admitted to seeing the squad behind them with lights flashing but "followed Krok's lead" and accelerated behind him.

Both men were taken into custody and booked into the Kenosha County Jail on charges of second degree recklessly endangering safety and attempting to flee or elude an officer.