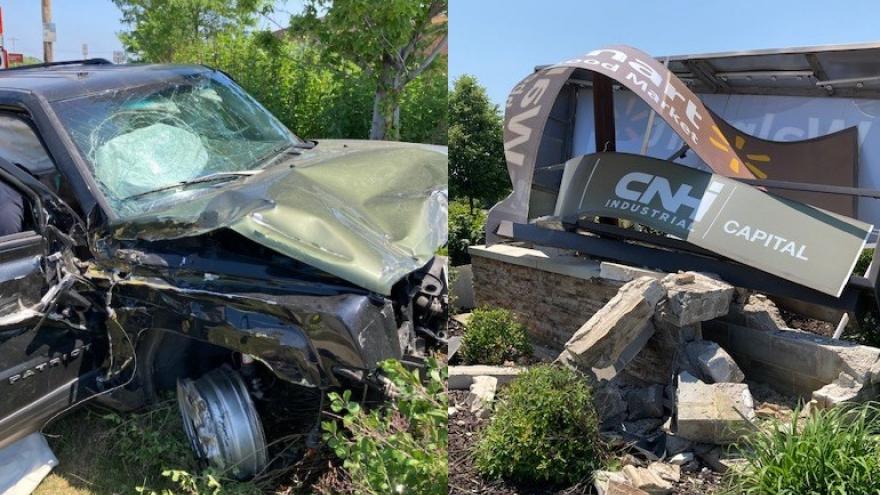 Police say the vehicle involved crashed into a Walmart sign and rolled over.

The driver and passenger were taken to an area hospital for treatment of non-life threatening injuries.

Officials say the crash appears to be caused by a medical condition, and alcohol is not believed to be a factor in the incident.

The intersection was closed for a short time and reopened once preliminary investigations concluded.