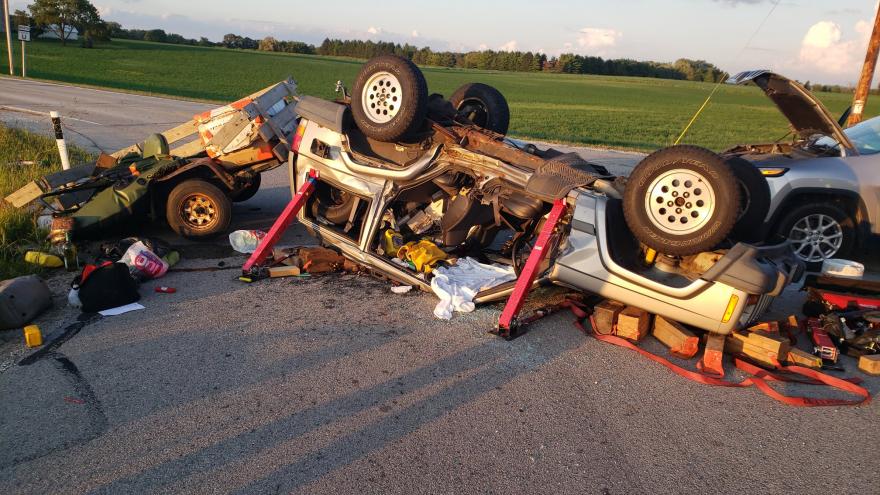 RACINE COUNTY (CBS 58) – Two people are hurt following a two-car rollover crash in the Village of Raymond on Tuesday.

Authorities say the crash happened near 76th Street and Highway G around 6:06 p.m. One car failed to yield the right of way from a stop sign, causing the crash.

The two victims were trapped in the car, but eventually extricated and taken to a hospital.

Two people in the other car were also taken to the hospital for injuries.