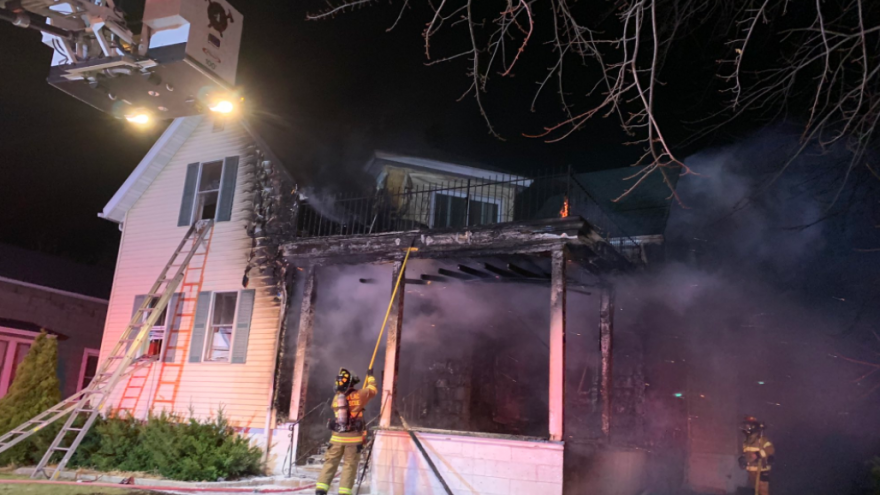 Authorities say they were called to the home near Arndt Street and Military Road around 1:30 a.m.

One person was rescued by crews and the other was able to get out of the house on their own. Both people were taken to the hospital. The department says neither person had serious injuries.

Authorities say the fire caused extensive damage to the home and the cause remains under investigation.