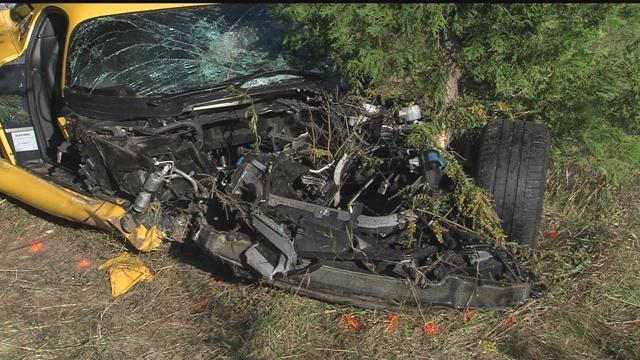 Sheboygan County authorities say two men - a driver and passenger in a Dodge Viper - have been hospitalized with life-threatening injuries after a bad wreck Sunday afternoon.

Neighbors said they saw the vehicle traveling at speeds more than 100 miles an hours before the crash just before 2:00 pm.

One neighbor who was on-scene at the time said the driver indicated that he could not feel his arms or legs.

The crash investigation is being handled by the Sheboygan County Crash Reconstruction team.