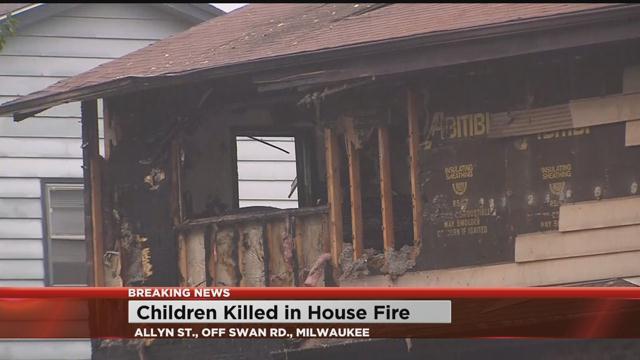 A Milwaukee family is mourning the loss of two young children, after they were killed in an early morning fire. The blaze broke out at a two family townhouse on Allyn Street near Swan Road in Milwaukee, on the city's far north side, near the Brown Deer border.  According to police, the children killed were a 6-year-old boy and an 11-year-old girl.

The fire started around 2:30 a.m. Friday, September 4.  Milwaukee firefighters provided life-saving measures for the children, but they were later pronounced dead at a local hospital. The mother of the children escaped the fire with a 6-month-old infant. The Milwaukee Fire Department says the children were found upstairs, one was hiding in a closet.

Eight people from two separate families are displaced as a result of the fire. The American Red Cross is providing aid for them, including emergency lodging, personal hygiene items and funds for food and clothing.  In addition, the organization is providing emotional support because of the loss of the two children.