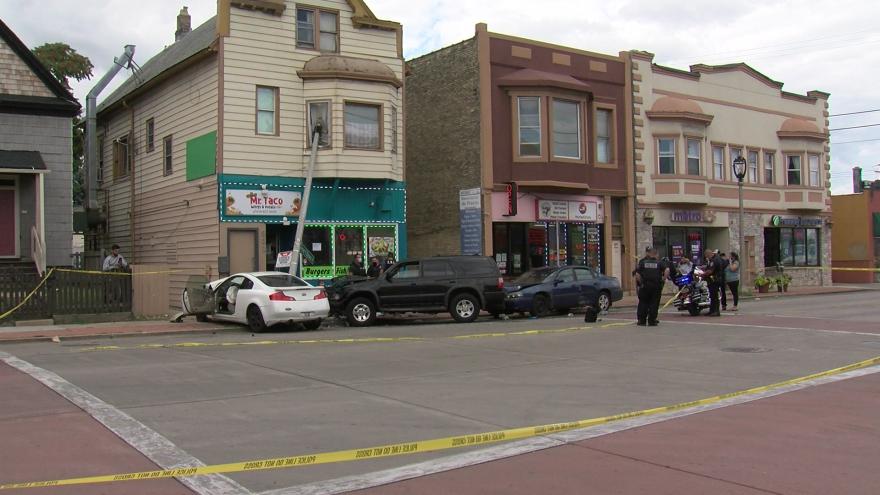 MILWAUKEE (CBS 58) -- Police say they've arrested two men, and are searching for a third, following a vehicle pursuit that started near 14th and Lapham on Tuesday, Aug. 4.

Around 1:52 p.m., Milwaukee police attempted to stop the occupants of a vehicle that were suspected of drug dealing.

Police say they refused to stop, leading officers on a pursuit that ended when the suspect vehicle lost control and struck two parked vehicles near 16th and National.

Three occupants fled on foot, and an 18-year-old man and 20-year-old man, both from Milwaukee, were arrested. Authorities say they sustained non-life threatening injuries.

A 48-year-old Milwaukee man, the occupant of one of the parked cars, also sustained non-life threatening injuries.

All men were taken to a local hospital for treatment.