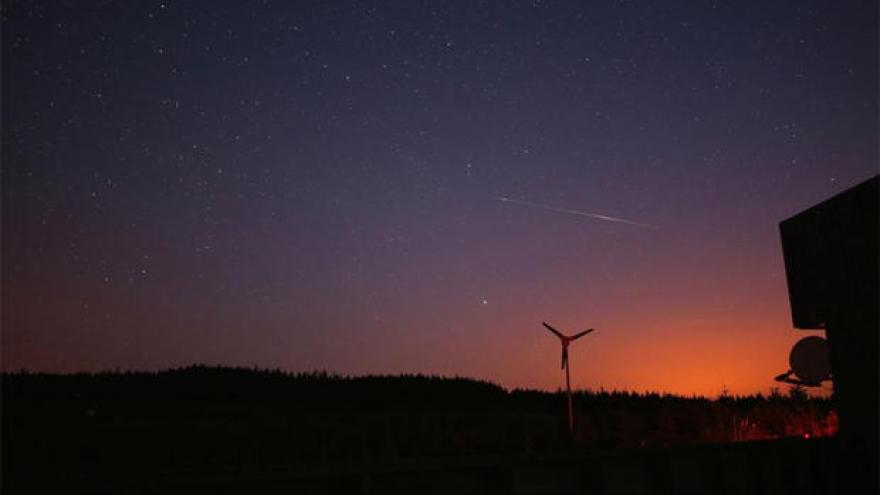 (CBS) -- While flying at over 30,000 feet in the air over Arizona, two airline pilots claim an unidentified flying object flew over top their planes. CBS Denver reports that both planes reported the sighting. The Federal Aviation Administration (FAA) has also released a recording of the radio broadcasts from the out-of-this-world incident.

According to the radio logs, two separate pilots of a Learjet operated by Phoenix Air and an American Airlines flight saw the object flying in the opposite direction of their planes on Feb. 24. In a copy of the conversation with the Albuquerque Center air traffic control, the Phoenix Air pilot makes the first sighting of the strange object at around 3:30 p.m. local time.

"Was anybody above us that passed us like 30 seconds ago?" the pilot asks in a tape released to the Phoenix New Times. The answer from the FAA was "negative."

With the Learjet's close encounter still on their minds, the FAA in Albuquerque alerts American Airlines Flight 1095 to keep an eye out for an object in the sky as they fly towards San Diego. Less than a minute after the warning, Flight 1095's pilot radios in that his plane was just passed by the UFO.

"Yeah, something just passed over us," the pilot reported. "I don't know what it was, but it was at least two-three thousand feet above us. Yeah, it passed right over the top of us."

The pilots couldn't determine if the unidentified object was hovering or actually flying but the American Airlines pilot can be heard saying the UFO had a "big reflection" and doubted it was a Google balloon.

"Other than the brief conversation between two aircraft, the controller was unable to verify that any other aircraft was in the area," the FAA's Lynn Lunsford told the New Times. Coincidentally, the UFO sighting took place just 500 miles away from Roswell, New Mexico. Roswell is home to the most famous UFO stories in U.S. history as a flying saucer allegedly crashed in the desert there in 1947.

In a statement to KOB-TV in Albuquerque, the FAA said it doesn't know what the object is either.

"We don't have any comment beyond what you hear," the statement read. "We have a close working relationship with a number of other agencies and safely handle military aircraft and civilian aircraft of all types in that area every day, including high-altitude weather balloons."

The radio logs come three months after video captured by U.S. Navy pilots offered an inside look at a secretive government program that investigated UFOs. The little-known Pentagon program had a budget of about $22 million, according to the civilian intelligence officer who used to run it. Most of the sightings it looked at were by U.S. military personnel, who have been reporting UFO sightings for decades.