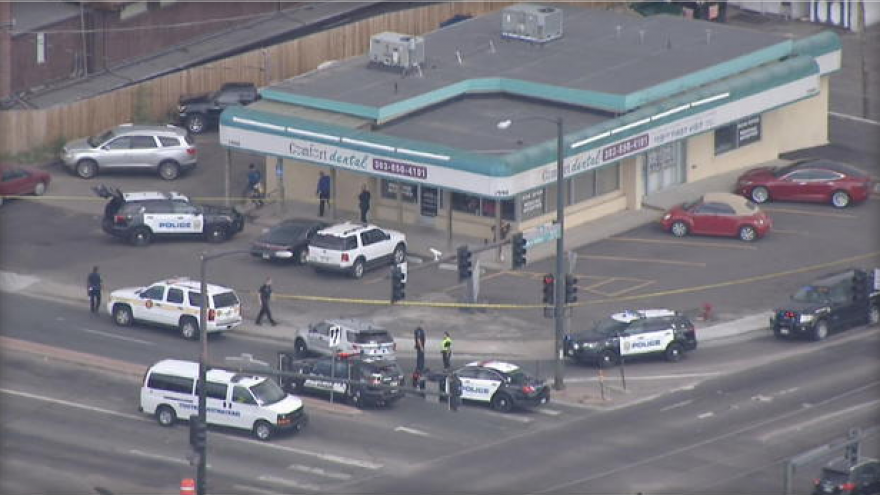 WESTMINSTER, Colo. -- (CBS NEWS / AP) Authorities said 2 adults and 2 children have been shot in a parking lot behind a Colorado dentist's office on Thursday. Authorities said as of 6:20 p.m. local time, a person of interest was in custody.

Cheri Spottke with the Westminster Police Department said earlier that the suspect "fled the scene." Westminster police said later they located the vehicle that left the scene of Thursday afternoon's shooting, and investigators are interviewing the driver.

Spottke said the conditions of those shot are unknown, CBS Denver reports. She said a search for the suspect is underway, but did not provide a suspect description.

Video footage at the scene showed police focusing on an office complex that holds several dental offices. Several officers were seen collecting evidence from the parking lot and the entrance to the office building.

The area is about 14 miles northwest of Denver.