1PM Update: Showers and Storms Most Likely at Night 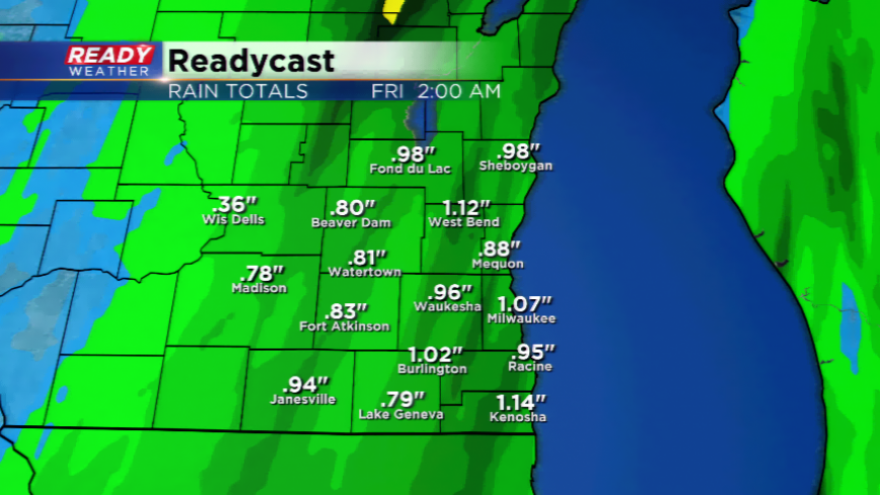 1:00PM Update: Rain is taking a break this afternoon across the area. An isolated t'shower or two is not out of the question, especially if we break into some sun. But it looks like the better chance for rain holds off until tonight. By 11:00pm and through Thursday morning, rain showers will be likely and more widespread. We could still have rainfall amounts around an inch by Thursday afternoon. Take a look: 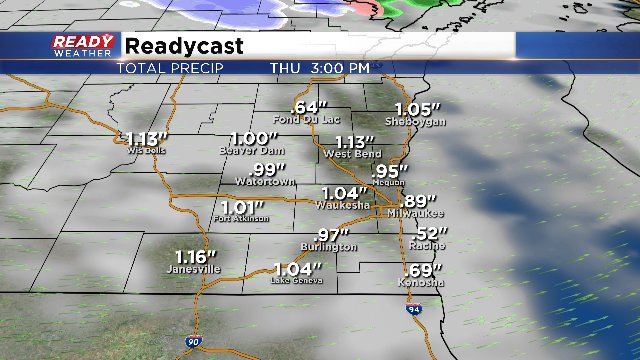 10:30AM Update: An isolated cell containing heavy rain is pushing through the metro late this morning. 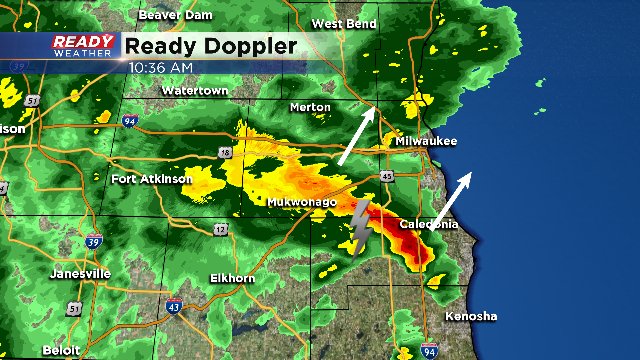 While not severe, heavy rain along with thunder and lightning can be expected. The National Weather Service's "Storm Prediction Center" has removed the area from a "marginal" risk of severe weather, but heavy rain makers are still likely at times, especially overnight.

Storm systems that have severe weather and winter elements in them are very common in the Badger State during the spring season.  Northern and western Wisconsin could be looking at a wintry mix today and Thursday.  The focus around southeastern Wisconsin continues to be showers and thunderstorms, and if any of those will turn strong to severe.

The way things are setting up right now, the best dynamics remain to our south.  We have a lifting mechanism (cold front) which is key to kicking up convection.  What we are lacking is major instability with hit and miss sunshine, and without the big separation in temperatures between the surface and aloft, you lose explosive energy potential.  Due to the lack of dynamics, the Storm Prediction Center has taken the viewing area OUT of the marginal risk of severe weather.  Instead, they have the region under a general thunderstorm risk.  A storm or two still could turn strong with the right setup or enough sunshine.

The atmosphere does have ample moisture to work with, and this should lead to soaking rain under any cell or thunderstorm that does develop.  With a juiced up atmosphere, rainfall totals could exceed 1” in a number of locations.  This could lead to rising rivers and streams.  The shower activity will begin to wind down to just isolated showers by Thursday.