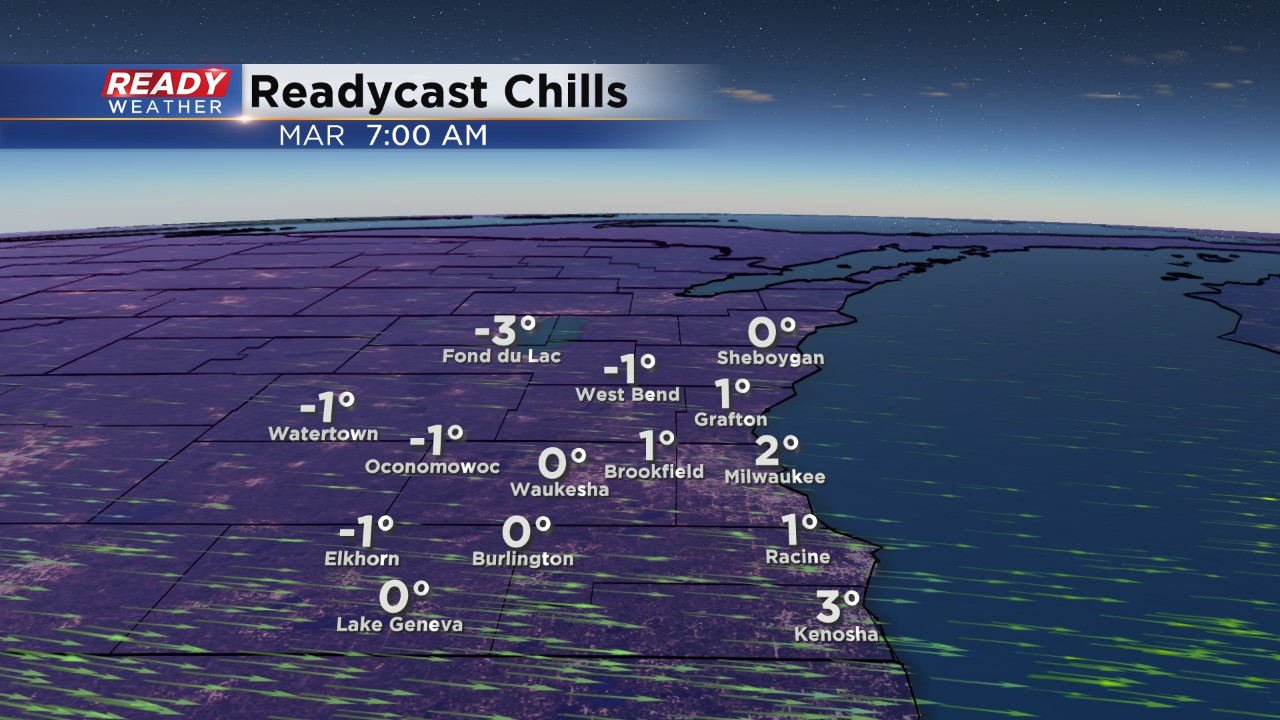 The winter weather threat has ended for tonight, but a sharp drop in temperature is expected going into Tuesday morning.  Lows tonight are forecast to fall into the upper teens with winds out of the northwest between 10 and 20 mph.

Wind chills for Tuesday morning will hover around 0, in fact, most of Tuesday the wind chills will remain in the single digits. 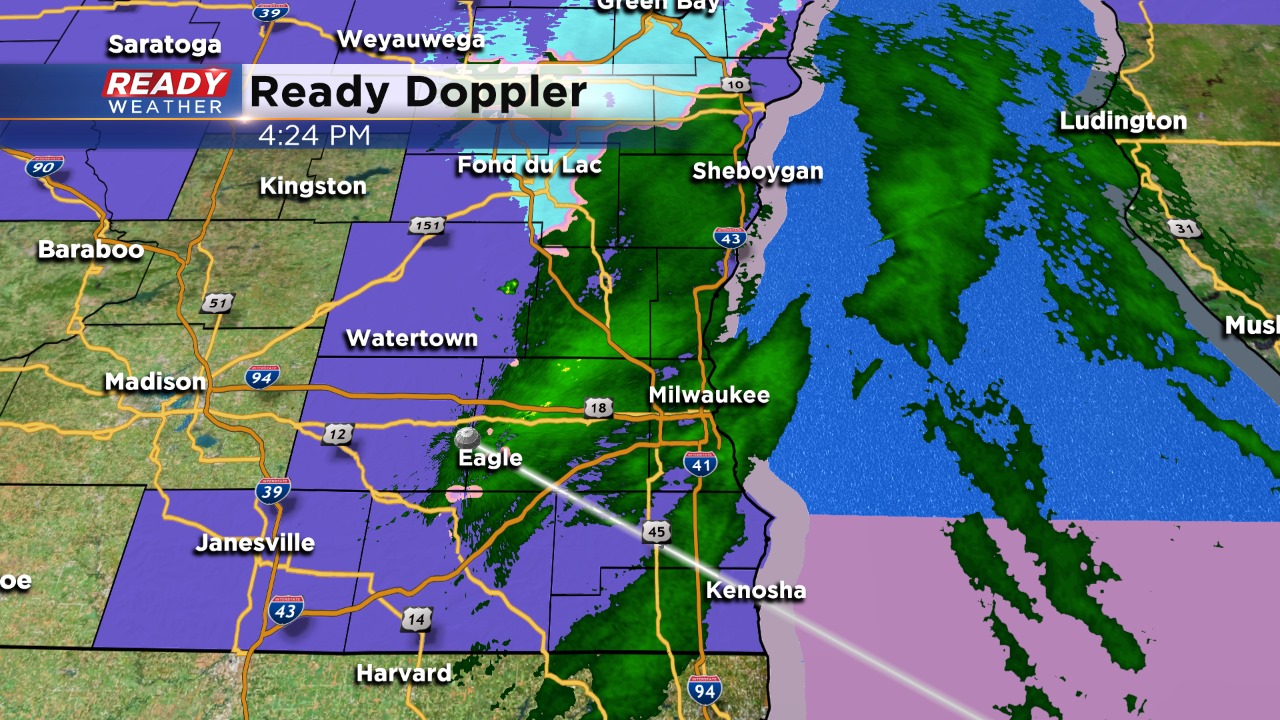 Most of the area will remain just rain this early evening.  The precipitation should be out by 5:30 pm.  Some snow is possible across Sheboygan and Fond du lac counties, but no real issues are expected. 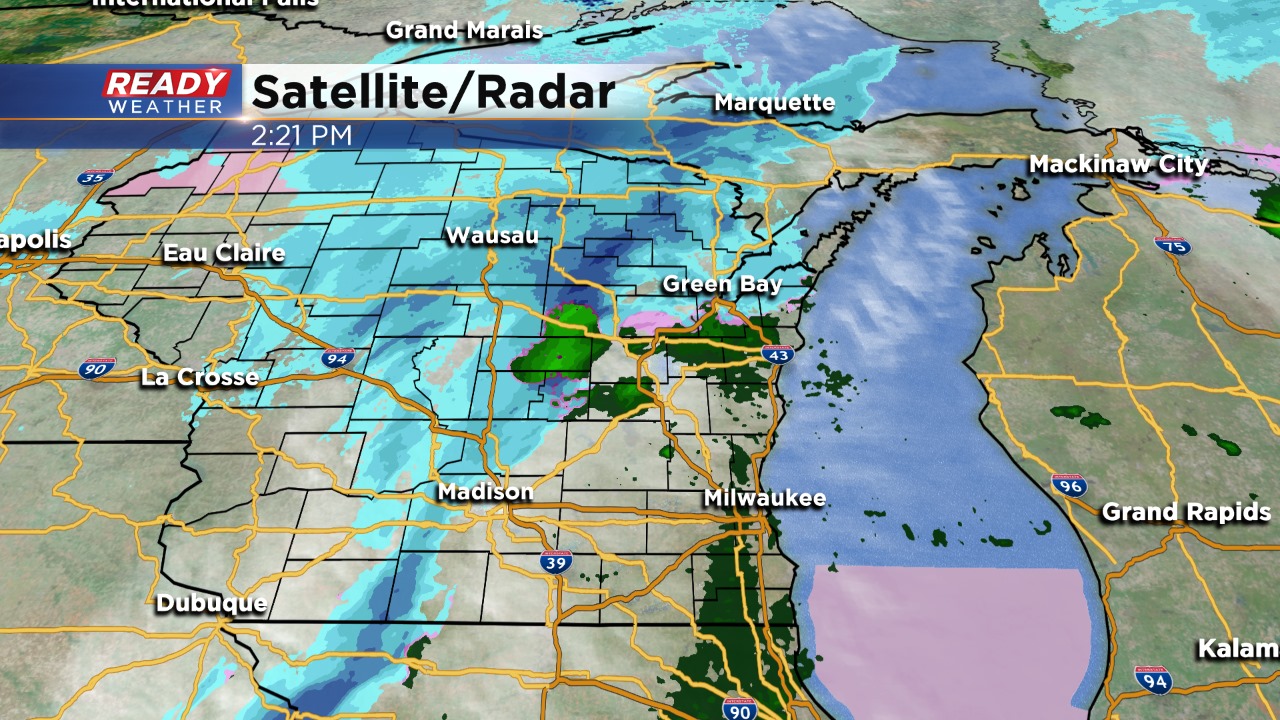 No real changes in the forecast for this evening.  A big drop in temperature is expected after midnight. 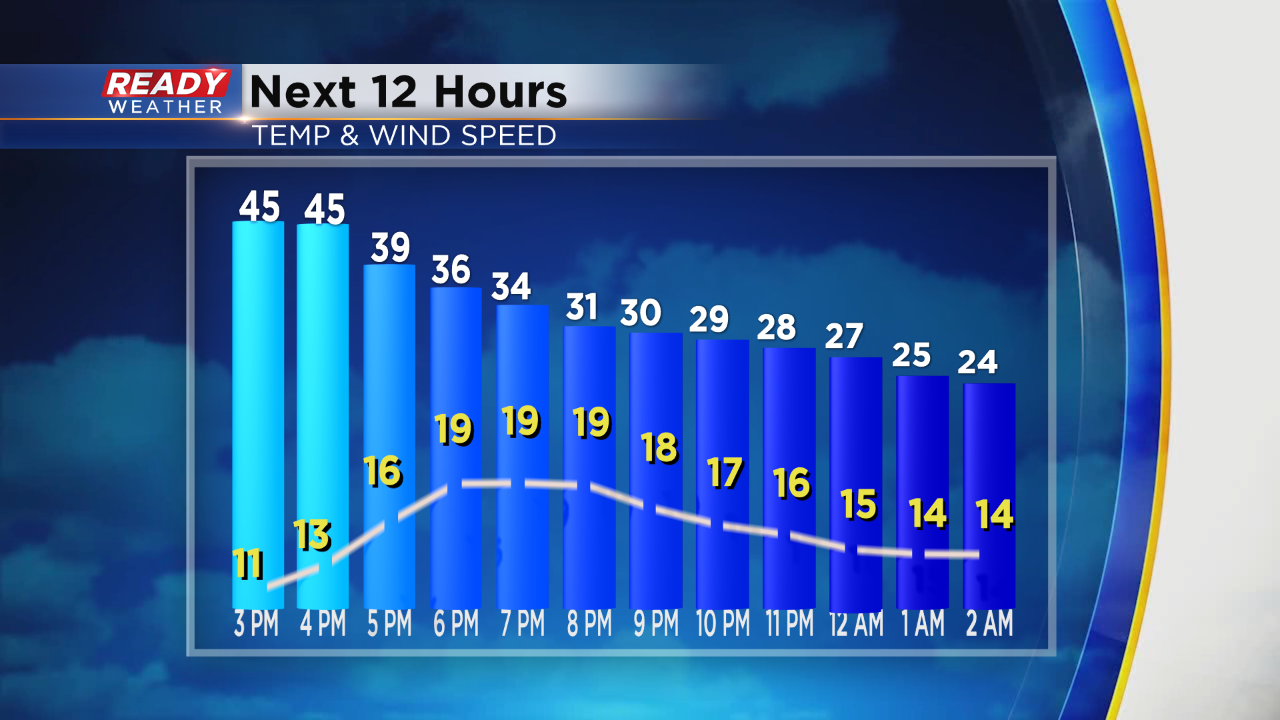 Light accumulation this evening could create some slick spots and accidents, especially with reduced visibility.  Very cold air for Tuesday and Wednesday.

1pm Update: It's a mild and foggy start to the day. Light rain is transitioning to drizzle and then eventually mixed showers to snow later this afternoon. The transition comes on cooling temps just in time for the ride home. The combination of wet roads, falling temps and snow in progress during the evening commute could make for slick spots and slowed traffic. For that reason the National Weather Service has issued a Winter Weather Advisory areawide for just two short hours, 3-5pm. We don't anticipate more than a dusting of snow, but rather slick roads during high volume traffic is the concern. Plan ahead and pack your patience for the evening commute. 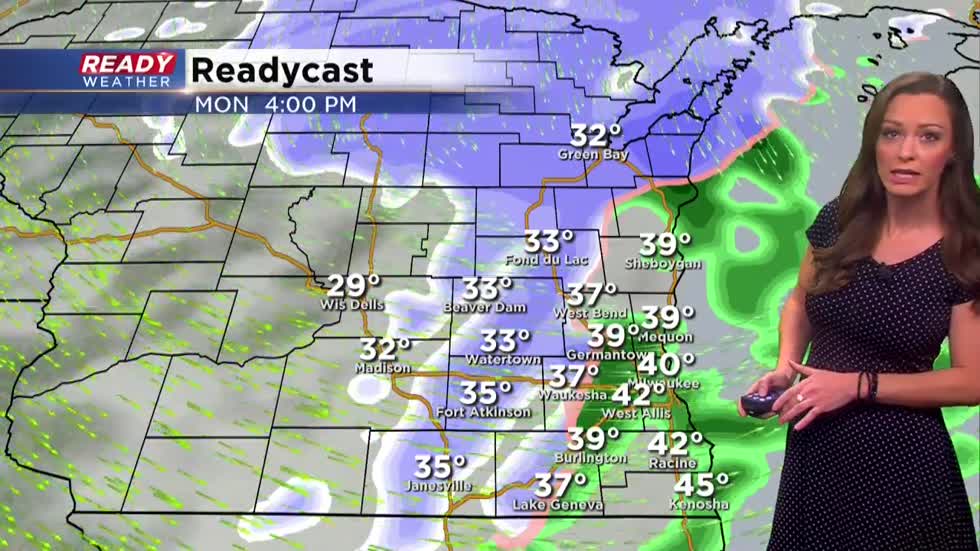 After a quiet weekend some messy weather moved in Sunday night. Plenty of fog, mist and drizzle along with light rain showers are impacting the Monday morning commute and will likely continue through most of the day. Overall rain totals will remain fairly light with a tenth to two tenths of an inch of rain possible. 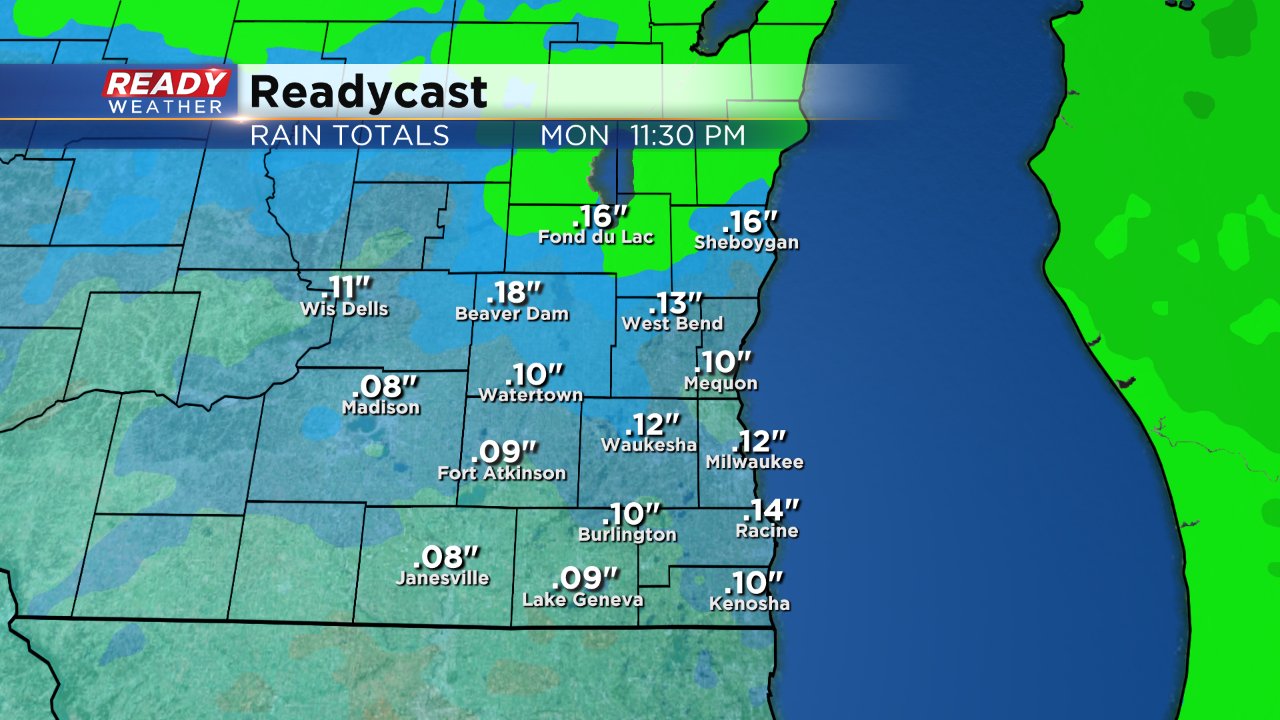 By late afternoon and the evening the light rain switches over to light snow. Everyone sees just snow by 7 p.m. but it stays pretty light. 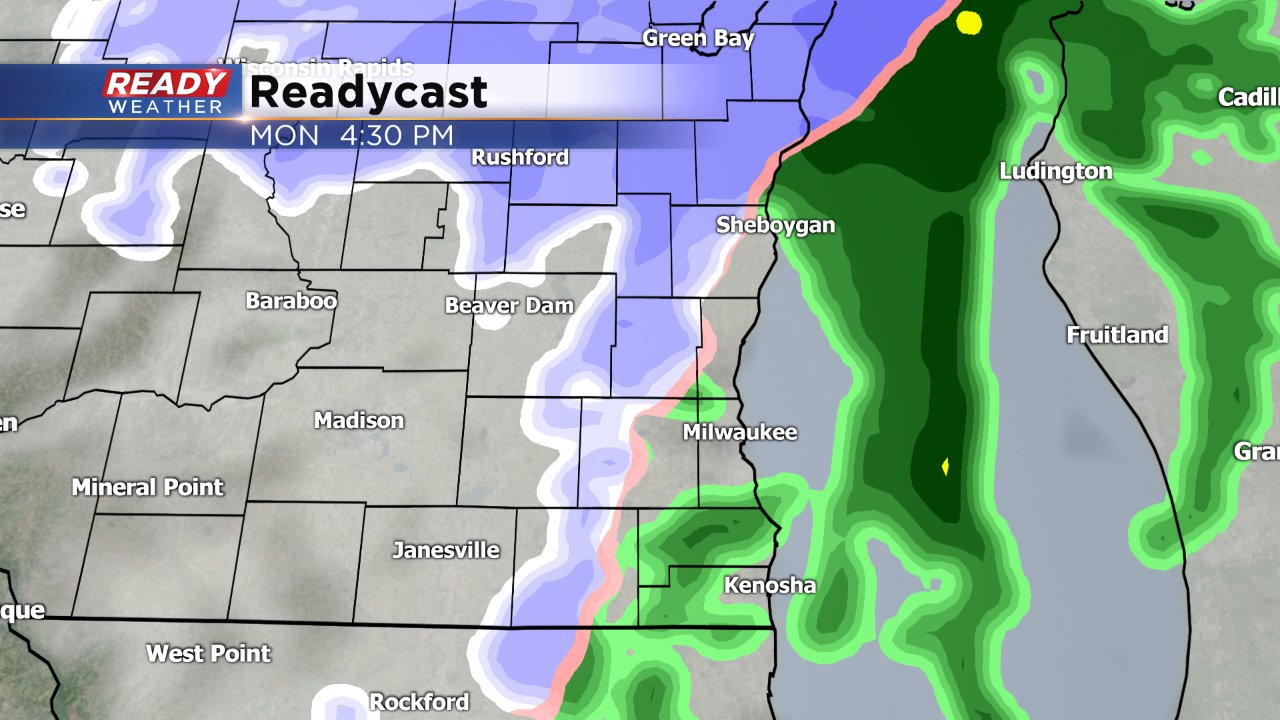 The best chance for light snow accumulation will be in northern communities where they could get up to an inch. Likely only a dusting or so in the Milwaukee area with even less to the south. Thanks to warmer temperatures hanging on for most of the day roads should remain just wet with most of the snow accumulation just on grassy surfaces. 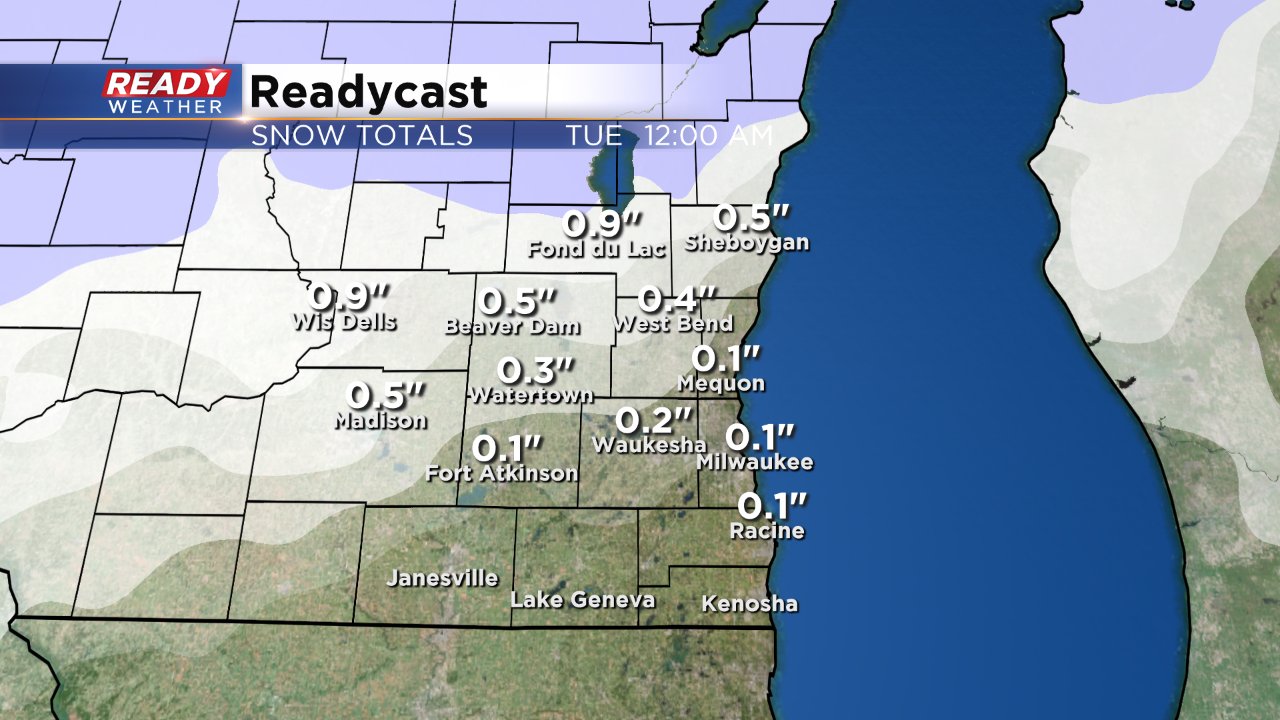 They are expecting more snow in central and northern Wisconsin. A winter weather advisory has been issued for areas like Wausau, Rhinelander and Eau Claire with a winter storm warning towards Superior. Far northern Wisconsin could get another foot of snow continuing a very snow start to December. 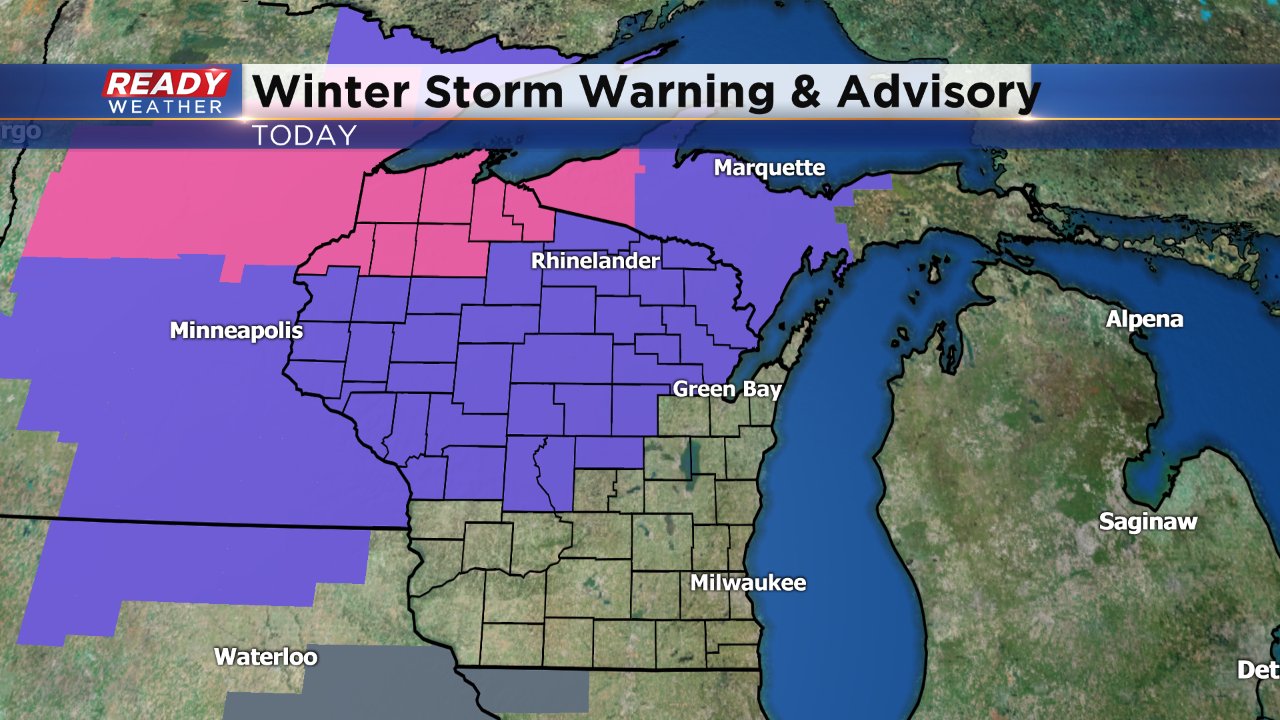 Highs on Monday reach the low to middle 40s early in the afternoon and then fall quickly through the 30s and 20s this evening. By Tuesday morning lows will reach the teens for everyone. The wind also picks up tonight pushing wind chills into the single digits both above and below-zero for the morning commute. 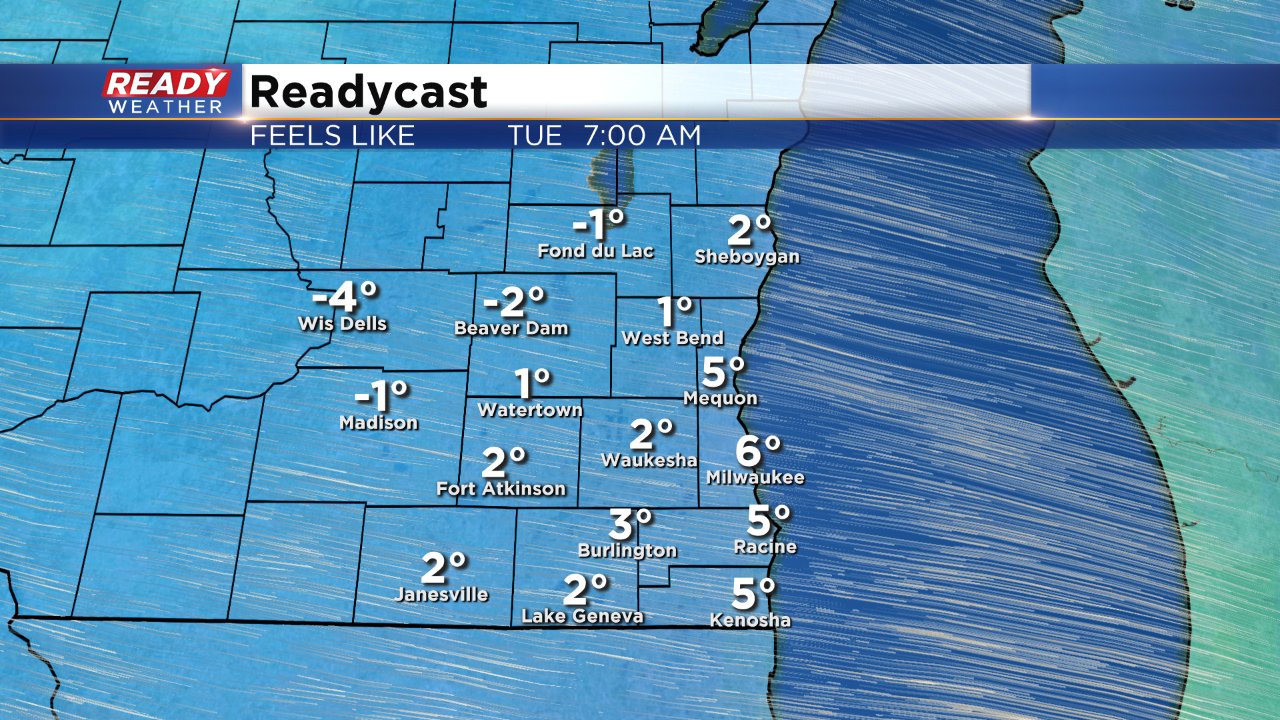 Wednesday will be the coldest during this cold snap and potentially the coldest since the beginning of March. Download the CBS 58 Ready Weather app to see the full 10-day forecast.