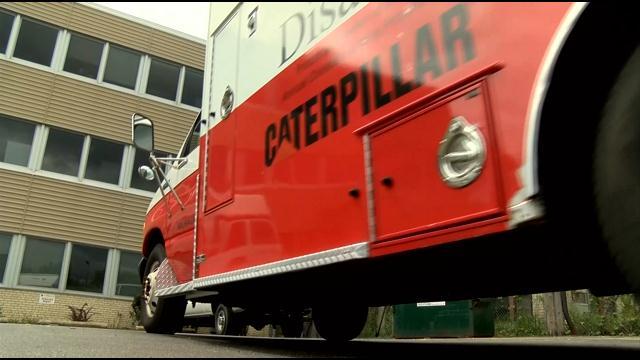 As of Wednesday night, the American Red Cross in Wisconsin has 18-trained volunteers and staff members being deployed to Hurricane Matthew.

In addition, two additional volunteers will be flying from Wausau.

In the United States, the American Red Cross is preparing a large multi-state response to help people in the path of Hurricane Matthew as the storm heads toward the southeast coast. The Red Cross has shelters, more than 500 disaster workers and 90 response vehicles standing by in Florida, Georgia, North Carolina and South Carolina. In Florida, the Red Cross is prepared to open or support as many as 100 evacuation shelters and has more than 30 emergency response vehicles standing by. In South Carolina, the Red Cross plans to open or support 19 evacuation shelters today, and dozens of additional shelters are ready to open in Georgia and North Carolina, as needed. The Red Cross has also prepositioned 30 trailer loads of sheltering supplies, ready-to-eat meals as well as clean-up kits and comfort kits containing personal hygiene items.

“We’re preparing for a large response across several states, opening dozens of shelters to make sure people have a safe place to stay and food to eat as Hurricane Matthew marches northward,” said Brad Kieserman, vice president, Disaster Operations and Logistics for the Red Cross. “This is a dangerous storm, the most powerful Atlantic hurricane since Felix in 2007. As the Red Cross gets ready, we urge people who may live in the path of this storm to make their own preparations now. It’s critical that coastal residents pay close attention to the forecast and listen to their local authorities, as even a small shift in the storm could have a significant impact.”