18-wheeler with 55 people in back stopped in San Antonio 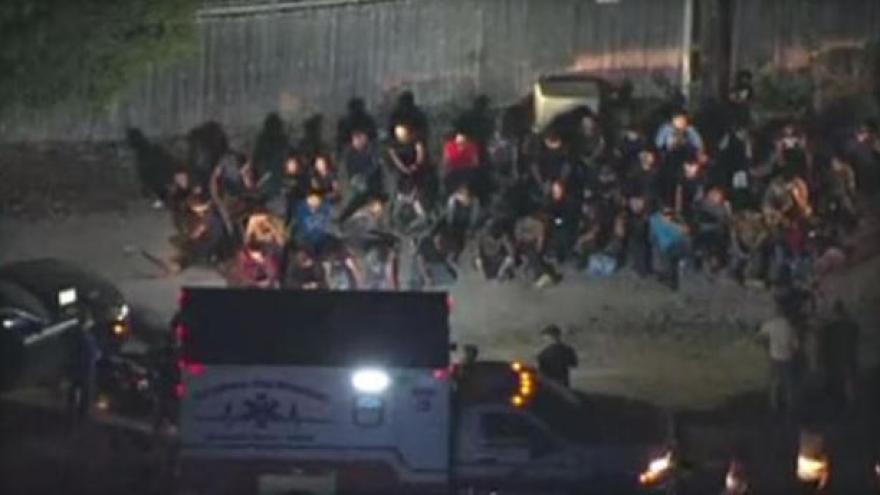 (CBSNews) -- An 18-wheeler carrying 55 people was stopped on the north side of San Antonio Tuesday night, reports the CBS affiliate there, KENS-TV. The driver of the truck was arrested.

Officials haven't said where the people were from or where they were going, but U.S. Border Patrol and Immigrations and Customs Enforcement agents were called in. Officials in unmarked vehicles were at the scene.

Some of the 55 were treated by Emergency Medical Services personnel for minor injuries. Five were transported to a nearby hospital. Officials say the injuries happened as the people were getting out of the truck.

The remaining 50 people were being taken to a detention center.

Officials say the truck was air conditioned and the people had water in the trailer, but were hungry.

"This was a totally different situation from the last time we had this," SAFD Chief Charles Hood said, referring to an incident last year in which some smuggling victims died after being found in a trailer on the southwest side.

"This is not like last time when we had a bunch of body bags. There are agents at the hospitals talking with people. We are compassionate and providing good care. Each person has been medically screened."

A representative from the Refugee and Immigrant Center for Education and Legal Services (RAICES) was on hand to advocate for the peoples' right to legal counsel.

"We help people seek asylum," said Jenny Hixon, RAICES Director of Education and Outreach. "We need to be humanitarian. We need to do something that is consistent with our values. We must show dignity and respect. We don't know where they are going. There are lots of detention centers around South Texas."