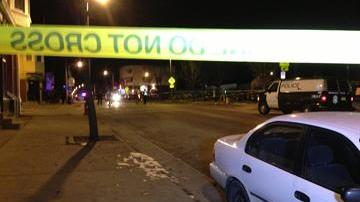 MILWAUKEE -- An arrest has been made in connection to a hit-and-run that killed an 18-month-old girl, according to the Milwaukee Police Department.

Police arrested a 24-year-old man Thursday evening in a home on Milwaukee's north side.

The 21-year-old mother, Cheyenne Jackson was holding her daughter, Erieanna Matousek, while crossing the street in a crosswalk when they were hit by a rental truck.

It happened shortly before 4:30 p.m. near 6th Street and Hayes, Wednesday afternoon.

The child was pronounced dead on the scene. The mother was taken to Froedtert Hospital and later released.

Tune into CBS 58 News at 10 for an exclusive interview with Cheyenne.