$18 million in Cocaine seized from bananas 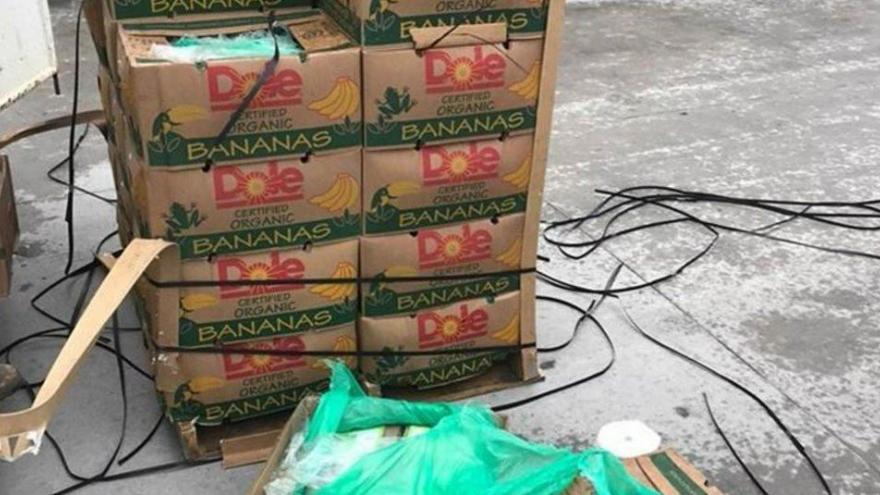 (CBS News) -- The Texas Department of Criminal Justice (TDCJ) found something unexpected in 2 pallets comprised of 45 boxes of bananas that were donated at the Ports of America in Freeport: Nearly $18 million worth of cocaine.

The bananas had been donated to the TDCJ because they were too ripe, the TDCJ said in a Facebook post. Two sergents from the Scott Unit were loading up the bananas when they noticed one of the boxes felt different.

Under the bananas, they found a bundle of a white powdery substance, which U.S. Customs agents confirmed was cocaine.