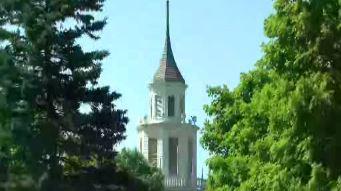 A 17-year-old Milwaukee man is accused of taking "upskirt" pictures of his female classmates at the University School of Milwaukee in River Hills, located at 2100 West Fairy Chasm Road.

Austin B. Halbrooks is facing four felony counts of invasion of privacy for the pictures and videos found on his computer. Halbrooks also faces one count of disorderly conduct.

On April 5, River Hills Police Department was contacted by University School of Milwaukee security staff with reports of a student taking pictures of female students under their skirts. That student was identified as Halbrooks.

When security staff asked Halbrooks about taking these types of pictures he admitted to the act.

River Hills Police conducted a search of Halbrooks' computer after obtaining a warrant. Police discovered at least 60 upskirt photos during their search of his computer.

If convicted of these charges, Halbrooks could face multiple years in jail.

Halbrooks will appear for a preliminary hearing in Milwaukee County on July 11.